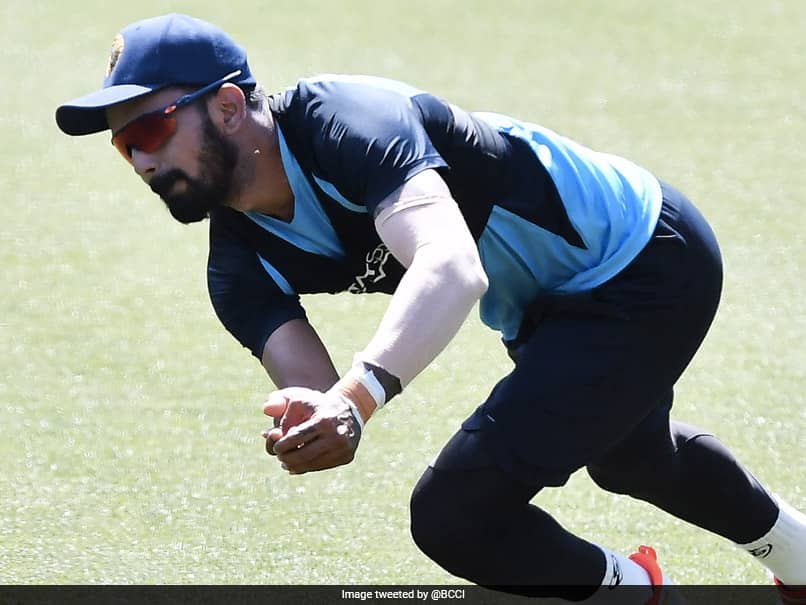 KL Rahul sprained his left wrist after being hit during a net session in Melbourne.© Twitter

India batsman KL Rahul, who was ruled out of the ongoing Test series against Australia on Tuesday, wished the squad luck for the remaining two games and said he is gutted to leave the side. Taking to Twitter, Rahul wrote: "Gutted to be leaving the team, but wishing the boys all the luck for the remaining two Tests." The Board of Control for Cricket in India (BCCI) on Tuesday confirmed that Rahul was ruled out of the remaining two Tests against Australia. The decision was taken after Rahul sprained his left wrist while batting in the nets at the Melbourne Cricket Ground during the team's practice session on Saturday.

Gutted to be leaving the team, but wishing the boys all the luck for the remaining two Tests

"The wicket-keeper-batsman will not be available for the remaining two Tests of the Border-Gavaskar Trophy as he will need about three weeks time to recover completely and regain full strength," BCCI had said in an official release.

Rahul will now return to India and he will head to the National Cricket Academy (NCA) in Bengaluru for further rehabilitation.

The four-match series between India and Australia currently stands level at 1-1 and the third Test is slated to be played at the Sydney Cricket Ground from Thursday.

Rohit Sharma made a return to the Indian team for the Pink Test against Australia at the Sydney Cricket Ground while pacer Navdeep Saini is set to make his debut in the longest format of the game.

India on Wednesday named the playing XI for the Pink Test. Opening batsman Mayank Agarwal has been dropped from the side as Rohit replaces him. Gill will open the innings with Rohit after playing knocks of 45 and 35* in his debut Test at the Melbourne Cricket Ground.

Saini comes in for speedster Umesh Yadav. The latter sustained a strain in his left calf muscle on Day 3 of the Boxing Day Test in Melbourne and has returned to India after he was ruled out of the series.

Rohit was also named the vice-captain for the remaining two Test matches against Australia. The opener will take over the reins from Cheteshwar Pujara. Ajinkya Rahane continues to lead the Test side in the absence of regular skipper Virat Kohli, who is on a paternity leave.

KL Rahul Australia vs India 2020-21 Cricket
Get the latest updates on India vs England Series, India vs England , live score and IPL 2021 Auction . Like us on Facebook or follow us on Twitter for more sports updates. You can also download the NDTV Cricket app for Android or iOS.