Australia vs India, 1st T20I: Got To Know I Will Play 10-15 Minutes Before 2nd Innings, Says Yuzvendra Chahal

India vs Australia: Yuzvendra Chahal took the field in the second innings after Ravindra Jadeja was hit on the helmet in the last over of India's innings. 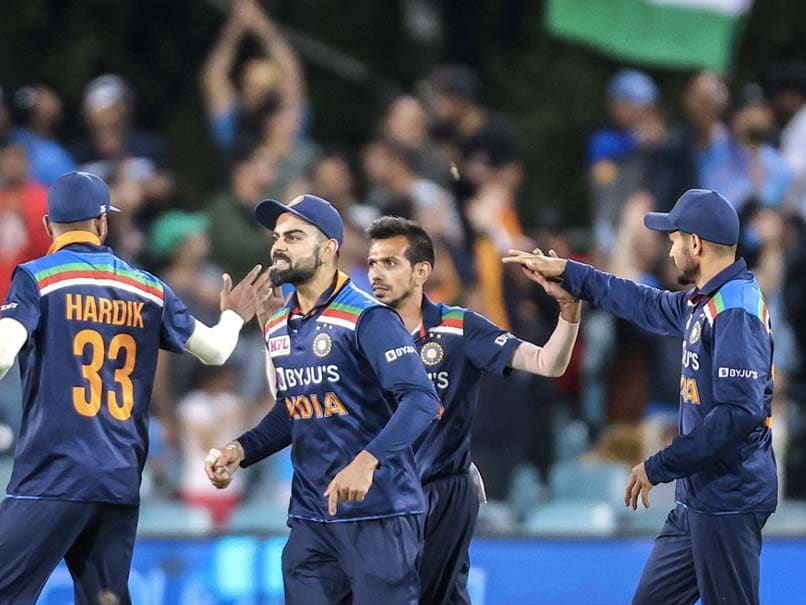 Australia vs India: Yuzvendra Chahal took the stage by storm with ball in hand.© AFP

India spinner Yuzvendra Chahal, who replaced all-rounder Ravindra Jadeja as concussion substitute in the first T20I against Australia, said he was informed 10-15 minutes before the second innings that he will play the rest of the game. Chahal took the field in the second innings after Jadeja was hit on the helmet in the last over of India's innings and the BCCI medical team decided to assess the player before allowing him to get on with proceedings. The leg-spinner said he was mentally prepared to cash in on the opportunity as he watched from the dugout the way Adam Zampa bowled, and he wanted to replicate that for India.

"I have played so many games and was mentally fit. 10-15 minutes before the start of the innings, I got to know I will play. The way Zampa bowled, I tried to do the same as well. It was a little harder to score in the first innings. 150-160 is a good score on this wicket. I bowled according to my plans," Chahal said after the match.

A spirited all-round performance from India saw them register a comprehensive 11-run win in the first T20I, and take the 1-0 lead in the three-match series.

If KL Rahul (51) and Ravindra Jadeja (unbeaten 44 off 23 balls) guided India to a respectable 161/7 in their 20 overs, Chahal took the stage by storm with ball in hand and finished with match-winning figures of 3/25. Not to forget the brilliant show from debutant T Natarajan as he picked three wickets for 30 runs from his four.

Chahal was brilliantly supported by Natarajan as the former changed the momentum of the game, despite not being named in the initial playing XI. Chahal was named as Player of the Match for his splendid performance with the ball.

The second T20I between the two teams will be played at Sydney Cricket Ground on Sunday.

Ravindra Jadeja Cricket
Get the latest updates on India vs South Africa and check out  Schedule, Results and Live Score. Like us on Facebook or follow us on Twitter for more sports updates. You can also download the NDTV Cricket app for Android or iOS.