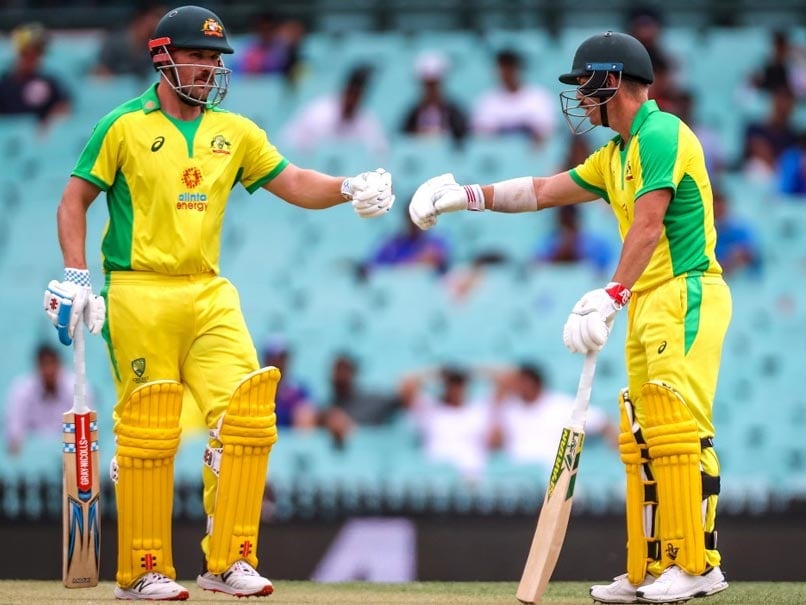 Skipper Aaron Finch on Monday admitted that any side will become weaker in star batsman David Warner's absence but asserted Australia have a number of options to cover the sizeable loss. Warner has been ruled out of the limited-overs fixtures against India due to a groin strain and will miss the remaining white-ball matches. Finch cited wicket-keeper batsman Alex Carey, Marnus Labuschagne, and Matthew Wade as the possible options Australia can try for opening the innings along with the skipper.

"We have not picked a team yet, but we have got a few options. Whether we go Wadey in the side or Marnus comes up and opens the batting, Alex Carey has done a lot of it in the past," cricket.com.au quoted Finch as saying.

"But the middle-order has been functioning really well over the last little while. That is the beauty of being two-nil up in the series, you can look to experiment if you want to do that or you can look to play the safe option," he added.

Finch also highlighted the importance of Warner in the playing XI and said he is an all-time great when it comes to limited-overs cricket.

"He is an all-time great in one-day and T20 cricket. I do not think there are many better players to have played the game," said Finch.

"So any team he is not a part of is going to be slightly weaker but we have got guys that can step and really contribute heavily in that role," he added.

Meanwhile, batsman D'Arcy Short, who last played a T20I in February 2019, has replaced injured Warner in the T20I squad.

The Big Bash League's leading run-scorer in 2017-18 and 2018-19, Short has been brought into the squad as a like for like left-handed opening batsman for Warner.

Moreover, spearhead Pat Cummins will miss the rest of the limited-overs fixtures against India to have some rest until the opening long-form game at Adelaide Oval from December 17.