Australia vs India: During the tea session of the match, Dean Jones' wife Jane and daughters Pheobe and Isabella, also known as Augusta, walked to the middle of the MCG with Allan Border and placed his bat, cap and sunglasses on the stumps on the pitch. 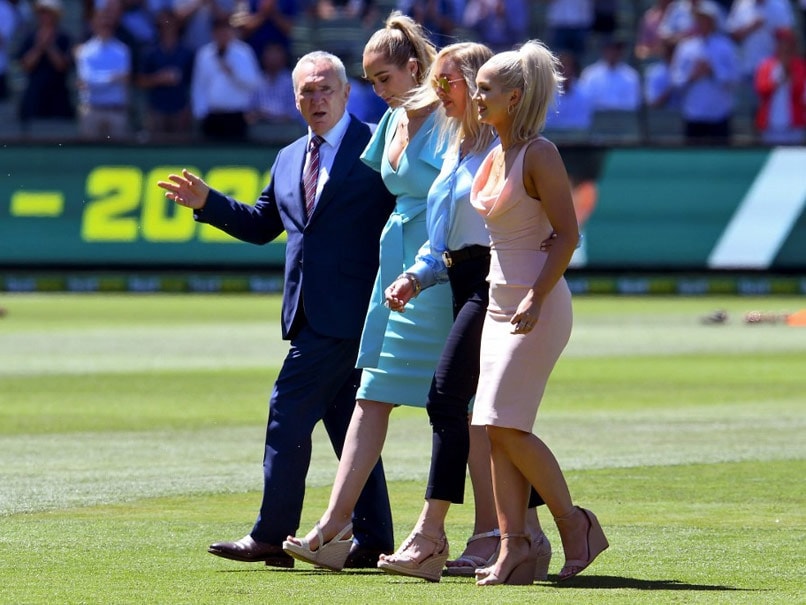 Former Australia cricketer Dean Jones, who died in September in Mumbai, was paid a special tribute at the Melbourne Cricket Ground by his wife and daughters during the Boxing Day Test on Saturday. The Boxing Day Test was the first Test match at the MCG since the demise of the former cricketer. According to News.com.au, players entered the field for the national anthem, with the Aussies paying tribute to Jones with his trademark white zinc cream on his lips.

A wonderful tribute to an Aussie legend.

During the tea session of the match, Dean's wife Jane and daughters Pheobe and Isabella, also known as Augusta, walked to the middle of the MCG with Allan Border and placed his bat, cap and sunglasses on the stumps on the pitch.

Cricket Australia tweeted: "A lovely tribute to the great Dean Jones at his beloved @MCG."

Former Australia cricketer Brett Lee was at the scene when Jones died, having performed CPR after learning the Victorian had collapsed in his room, News.com.au reported.

Lee recalled the day the former batsman died and said it was "one of the most horrific moments I've ever been through."

"On that particular day, everything was normal. He was walking up and down the corridor, I finished breakfast 11.30 and I heard him coming up behind me. I moved out the way and he said "thank you, champion." As he ran past me, I'm thinking he's 59 years of age, he's fixed his knee and is working real hard on his fitness," News.com.au quoted Lee as saying.

"I went back to my room and got a call about 10 minutes later from the hotel staff that said "Mr Jones has fainted in his room". I knew right then there was a problem. I sprinted to his room about 50 metres away and saw him unconscious and that's when I started the CPR on him for close to an hour. Unfortunately, we lost him when he went to the hospital and it was one of the most horrific moments I've ever been through," he added.

Australia Cricket Team Dean Mervyn Jones Australia vs India 2020-21 Australia vs India, 2nd Test Cricket
Get the latest updates on ICC Women's Cricket World Cup 2022 and IPL 2022, check out the Schedule , Live Score and IPL Points Table. Like us on Facebook or follow us on Twitter for more sports updates. You can also download the NDTV Cricket app for Android or iOS.