Australia vs India, 2nd Test: Playing With Confidence "Without Being Reckless" Will Be Our Motive While Batting, Says Jasprit Bumrah

Australia vs India: Jasprit Bumrah put in a fine bowling display in the opening day of the second Test and said that his side will be hoping to put in a good batting display too. 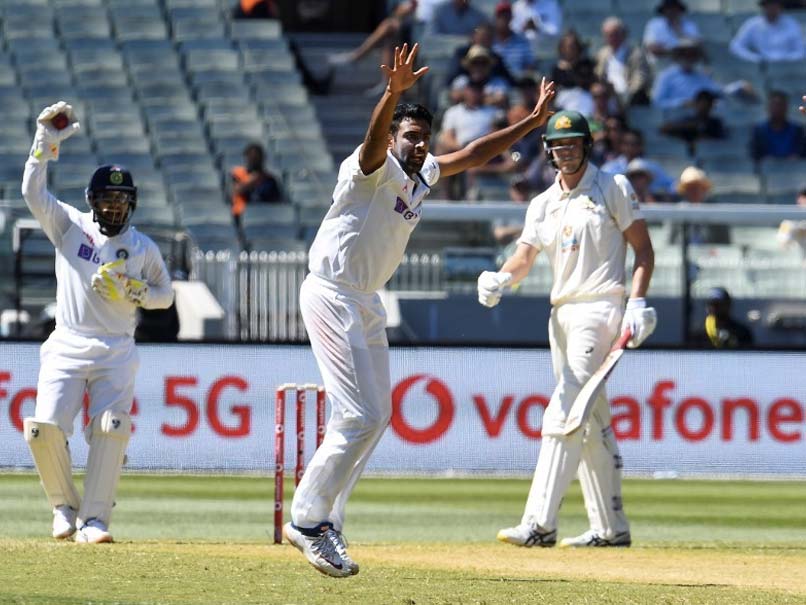 Australia vs India: Jasprit Bumrah celebrates a dismissal during the 2nd Test.© AFP

Indian batsmen would look to be "confident without being reckless" and take one session at a time, said pace spearhead Jasprit Bumrah after a fine bowling performance put the visitors in command against Australia on the opening day of the second Test. Bumrah took 4 for 56 and was complemented well by Ravichandran Ashwin (3 for 25) and debutant Mohammed Siraj (2 for 40) in engineering Australia's collapse to 195. Asked what would be the visitors' batting approach having finished the day at 36 for 1 and the memories of the first Test's 36 all out still fresh, Bumrah replied: "We are not looking too far ahead. We are looking at one session at a time.

"We don't want to be conservative in our mindset and be positive. Control the controllables. Not being reckless but playing with confidence will be the motive going forward," added the bowler, well aware of the challenge ahead.

One of the striking moves by skipper Ajinkya Rahane was introducing Ashwin in the first hour of play. "When we were bowling in the morning there was some moisture on the wicket, so you saw Ashwin and Jaddu (Ravindra Jadeja) got some spin.

"...because we wanted to make the most of the moisture, we were trying to use them, he (Ashwin) was getting good bounce," Bumrah said after the end of the first day's play.

Rahane's field placements came in for a lot of praise from none other than Shane Warne and Bumrah said that in the second session, the bowlers altered the line knowing that pitch was becoming easier to bat on.

"There was constant discussions going on between bowlers and the captain. The wicket changed after the first session. It got better to bat on in the second session and moisture went away.

"We were just trying to communicate what kind of lines we wanted to bowl so that we can set the field accordingly. When there was less help, we tried to change the line accordingly," he said. Bumrah, however, downplayed any suggestions about this being India's best day 1 bowling effort overseas Tests since he joined.

"We don't think like that and we just wanted to create pressure from both ends. Ash bowled brilliantly and so did Siraj. We were all trying to help each other," the speedster said. As a senior bowler, Bumrah was all praise for debutant Siraj, who was decent in his first outing in the traditional format.

"He has worked really hard and come up the ranks. He was eager to bowl in the first session itself. There wasn't a lot happening after lunch and he (Siraj) bowled with a lot of control," he said.

"Suddenly he started getting some movement and wanted to make the best of it. Playing his first Test match, he bowled really well and had confidence of using all his skills. It's a heartening sign for us and hopefully he will continue doing that."

Teams batting on the second day have won more Test matches at the MCG but Bumrah doesn't want to look into statistics like that. "We are trying to focus on things that are in our hands. The focus will be on the first session tomorrow."

Bumrah also brushed aside the controversial decision by TV umpire Paul Wilson, ruling rival captain Tim Paine not out despite replays showing otherwise. The decision invited sharp criticism from Shane Warne. Is it about time that ICC started to look at having neutral umpires on board by quarantining them just like players? "Look, these are the things that we can't control, I understand that the situations are difficult and all of these things are out of our hands, so I try not to focus on those things that we can't control.

"Yeah, it is unfortunate that the umpires are not able to travel, but it is something that I don't have any power of changing, so we try to focus on the things we can," said Bumrah about the decision that didn't have much impact in how the day panned out for India as Paine was dismissed shortly after.

Jasprit Bumrah Cricket Australia vs India 2020-21 Australia vs India, 2nd Test
Get the latest updates on ICC T20 Worldcup 2022, check out the Schedule and Live Score. Like us on Facebook or follow us on Twitter for more sports updates. You can also download the NDTV Cricket app for Android or iOS.