Australia v India: Umpire's Call "Not Ideal, But It Is What It Is," Says Tim Paine

Australia Test skipper Tim Paine on Wednesday said that the "Umpire's Call" is not ideal when a captain decides to take a review to challenge the on-field call, but in the end, it is what it is and every team needs to accept it 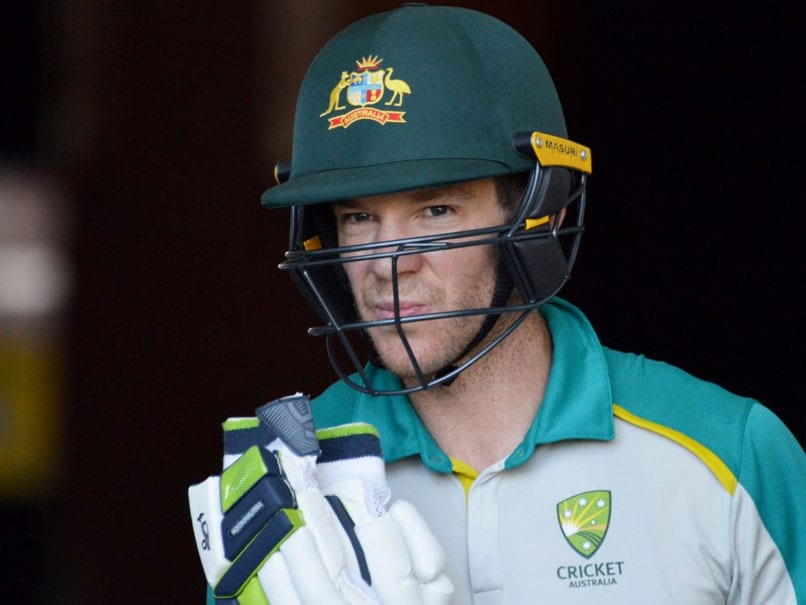 Tim Paine was involved in a controversial DRS decision during the 2nd Test.© AFP

Australia Test skipper Tim Paineon Wednesday said that the "Umpire's Call" is not ideal when a captain decides to take a review to challenge the on-field call, but in the end, it is what it is and every team needs to accept it. Paine's remark comes as Australia gets ready to lock horns with India in the third Test of the four-match series at the Sydney Cricket Ground (SCG), set to begin from January 7. In the second Test between India and Australia, both skippers reviewed quite a few on-field calls, and most of the decisions were not changed as the final verdict boiled down to "Umpire's Call".

"It does not bother me to be honest, there is so much talk about it whether we like it or we don't. It's irrelevant, it's there and while it's there, teams are going to use it like they are which is probably not the way it was brought in to be used, it was brought in to challenge like a really bad howler. But the current setup, when you have three reviews and you have umpire's call, you would be mad not to challenge it because you never know. It is not ideal, but it is what it is, and we are okay with it," said Paine while replying to an ANI query during a virtual press conference on Wednesday.

During the second Test between India and Australia, former Indian cricketer Sachin Tendulkarhad said that the DRS needs to be thoroughly looked into by the ICC.

The legendary batsman was talking about the "Umpires Call" and he said it is still unclear as to why sometimes a batsman is given out and sometimes he survives.

The same sentiment has also been echoed by former Australia spinner Shane Warne and he has time and time again suggested that ICC should do away with "Umpires Call".

Talking about being the captain of Australia, Paine said: "I have grown into the role, obviously when I got the captaincy, I was not expecting it or planning for it. I had to go into the role, I am enjoying it, I have said it a number of times that I think it is the best job in the world. I haven't looked too far yet, I have not looked past this series. I look at each series as it is and then I reassess it. At 36, I wouldn't say I am here for a long haul but I feel I still have a bit of cricket left in me. My dream was to play cricket for Australia, being the captain is a huge honour and privilege."

When asked about the tactic of bowling short balls at the opposition camp and how much benefit it gives the side, Paine replied: "I think, obviously playing Test cricket is difficult and playing short ball at good pace has its challenge. If you are someone who is perceived to have a weakness in this area or even if you don't, it's a part of the game. It's how teams test what you are made of, short ball is a great option, it's a tactic that we have used and we expect to get plenty back as well."

Both the Indian and Australian line-ups moved to Sydney on Monday after every member of their respective contingent tested negative for COVID-19.

The third Test of the Border-Gavaskar Test Series between India and Australia will be telecasted Live and Exclusive on Sony Sports network from January 7, 2020, 5.00 am onwards.

Sachin Tendulkar Shane Warne Australia vs India 2020-21 Cricket
Get the latest updates on Fifa Worldcup 2022 and check out  Fifa World Cup Schedule, Stats and Live Cricket Score. Like us on Facebook or follow us on Twitter for more sports updates. You can also download the NDTV Cricket app for Android or iOS.