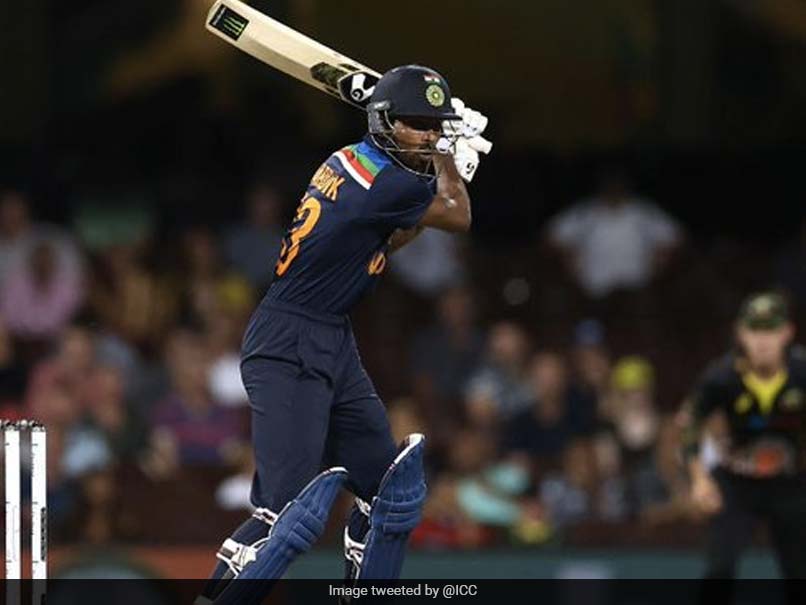 Australia coach Justin Langer on Sunday described India all-rounder Hardik Pandya's match-winning innings in the second T20 International as an "incredible spectacle" and likened him to former captain Mahendra Singh Dhoni as a finisher. A swashbuckling Pandya struck 42 not out off 22 balls as he finished what Shikhar Dhawan had set out to achieve with a scintillating 36-ball 52 to set up India's series-clinching six-wicket win. "It was an incredible spectacle of a game. We know how dangerous he (Pandya) is. In the past we had MS Dhoni and the way he (Pandya) played today," Langer said at the virtual post-match press conference.

"He has played really well all summer so, obviously it was a great innings in the end there."

Langer admitted that India were too good for his side with a lot of experienced T20 players in their ranks.

"I thought the whole game was a very close one. Our fielding was absolutely incredible, it was electric to watch, but India with their experienced T20 players were too good for us today," said the Australia coach.

Virat Kohlialso played a part in India's win with 40 runs off 24 balls and Langer praised the India captain for some "extraordinary" shots he played on Sunday.

"Some of Virat (Kohli's) shots, I have said for years he (Kohli) is the best player I have probably ever seen. Some of the shots he played tonight were extraordinary and (they got) good opening partnership and got over the line," the former Australia opening batsman said.

According to Langer, his side thought they had enough runs on the board to defend and India had to bat really well to win the match.

"I am proud of my players. It was a great spectacle, on a Sunday night India versus Australia, it got so close, it was a really exciting game. We batted really well, had enough runs and thought India would have to bat really well."

Langer also had words of praise for his leg-spinner Mitchell Swepson, who returned with figures of 1-25.

"I thought Mitch (Mitchell) Swepson bowled really well, he was excellent tonight and served the value of playing two leg-spinner bowlers. Mitch bowled well, (also) took a couple of catches, he has had a really good performance.

"And Matthew Wade batted beautifully at the top of the order, Steve Smith also batted well, so plenty of good contributions, what stood out to me was the athleticism in the field.

"Didn't quite get us there, but we certainly had our chances to win the game like most of the games we have played ... since the England (tour)."

Talking about stand-in-skipper Matthew Wade, Langer said, "He did a really good job, mixed the bowling around well, that catch to get Virat out was an excellent catch. He had a good game."

MS Dhoni Justin Langer Australia vs India 2020-21 Cricket
Get the latest updates on SA vs IND 2021-22, check out the Schedule and Live Score . Like us on Facebook or follow us on Twitter for more sports updates. You can also download the NDTV Cricket app for Android or iOS.