Australia vs India, 3rd Test: Ajinkya Rahane Says India's Plan Was To Fight Till The End, Not Think Of Result

India vs Australia: Stand-in India skipper Ajinkya Rahane said the team didn't think about the result on day five of Sydney Test, revealing that the team talk was to "fight till the end." 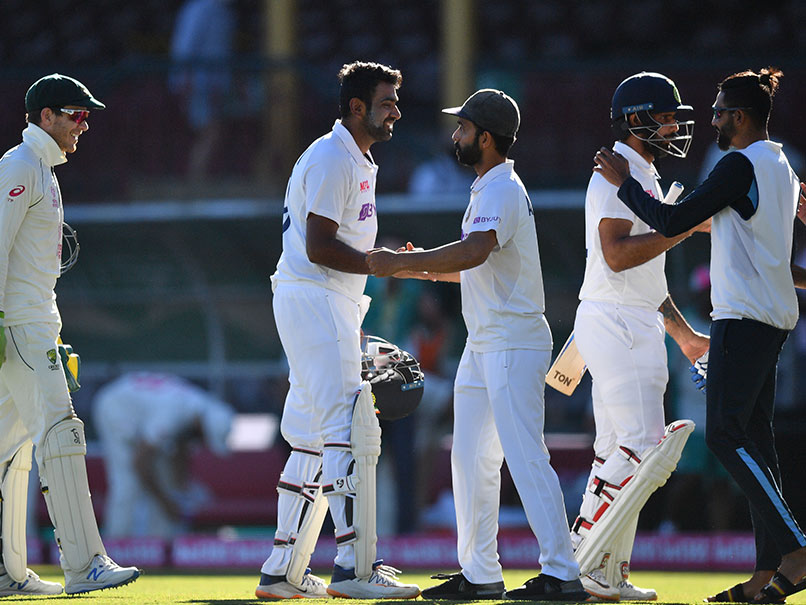 Hanuma Vihari and Ravichandran Ashwin batted together for 42.4 overs across two sessions on Day Five to help India eke out a draw in the third Test against Australia in Sydney. The teams will now go to Brisbane for the fourth and final Test with the series level 1-1 and everything to play for. Starting the day at 98 for 2, India needed 309 runs to win. Cheteshwar Pujara's patient 77 off 205 balls and Rishabh Pant's whirlwind 97 off 118 gave India hopes for a while but their wickets and a hamstring injury to Vihari forced India to shut shop. India skipper Ajinkya Rahane said the team didn't think about the result when they came out to bat on the final day.

"Our talk coming this morning was to show character and fight till the end. Not to think about the result," Rahane said after the match.

"Really happy with the way we fought especially today but also throughout the game, even in the first innings when Australia were 200 for 2 and getting them all out for 338 was really good."

The Indian captain heaped praise on Vihari and Ashwin, who, in the face of some intense scrutiny by the Australian pacers and some verbal volleys by close-in fielders, kept their calm and batted through the final session.

"There are few areas we can improve on but special mention to Vihari and Ashwin. The way they batted in the end and showed character was really good to see," Rahane said.

Australia captain Tim Paine rued the dropped catches - three of them dropped by Paine himself - while lauding the bowlers for creating wicket-taking opportunities.

Wicket-keeper Paine dropped Pant twice and then grassed Vihari in the final moments of the day.

"I thought we created enough chances to win the game, this one's a tough one to swallow. Our bowlers were superb, (Nathan) Lyon bowled well. Just that we – especially me – didn't hold onto our catches," Paine said after the match.

Looking at the positives from the Test, Paine said: "We didn't play our best in the last two games, but we were somewhat good with the bat in this Test. There were a few positives for us, our bowlers created plenty of chances.

"Today was a whole-hearted effort from the boys, just that things didn't go our way."

Ajinkya Rahane Tim Paine Australia vs India 2020-21 Australia vs India, 3rd Test Cricket
Get the latest updates on India vs Australia and check out  Schedule, Results and Live Score. Like us on Facebook or follow us on Twitter for more sports updates. You can also download the NDTV Cricket app for Android or iOS.