Australia vs India: Ajinkya Rahane said the pace attack led by Mohammed Shami and Jasprit Bumrah is capable of stepping up in Ishant Sharma's absence. 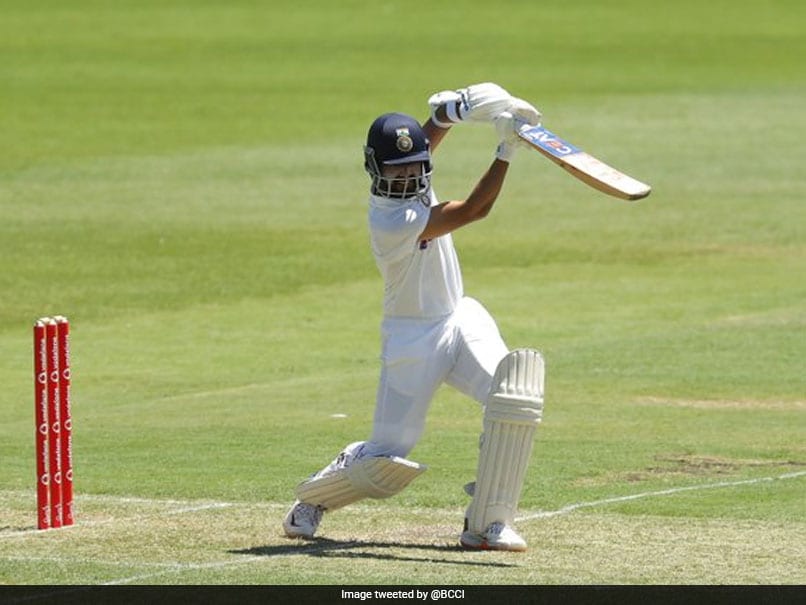 India vice-captain Ajinkya Rahane on Tuesday conceded that pacer Ishant Sharma's absence is a "big miss" but side-stepped queries on his team's possible first XI combination for the opening Day/Night Test against Australia starting in Adelaide on Thursday. Rahane, who is expected to lead in the last three Tests after regular skipper Virat Kohli goes on paternity leave, also spoke about how pink ball's increased pace off the pitch during the 40-50 minutes of the twilight session, will be the biggest challenge for any batsman. "I think, we do really have a strong attack but yes we will definitely miss Ishant, being the senior fast bowler," Rahane said during a virtual press conference. Ishant is recovering from a rib injury sustained during the IPL.

Rahane, however, is confident that despite Ishant's absence, the pace attack comprising Jasprit Bumrah and Mohammed Shami will step it up for the Australians.

"The guys who are here Umesh (Yadav), (Navdeep) Sani, (Mohammed) Siraj with Jasprit (Bumrah) and (Mohammed) Shami, they are all really good and experienced and they know how to bowl in these conditions," he said.

"...this is a new series starting with the pink ball, so it is all about getting that momentum, but I do believe that we have the attack to get 20 wickets," he said.

On the possible opening combination among the four available options (Mayank Agarwal, Prithvi Shaw, Shubman Gill and KL Rahul) and two options for wicketkeeping (Wriddhiman Saha and Rishabh Pant), Rahane said a decision will be taken on the eve of the match.

He also didn't give any definitive answer on what would be senior spinner Ravichandran Ashwin's role although he did acknowledge that his all-round skills will be very handy going into the first Test.

"Ashwin's role will be very important. We all know that he is an experienced bowler, he has got variety in his bowling, so his role as a bowler and also as a batsman will be really important," he said.

Twilight period in pink ball Test matches is very important and that has been well documented.

What Rahane added to the theory on the day was increase in speed off the pitch during a period of 40 to 50 minutes, which is not the case for normal red balls.

"I feel in the day, the new pink ball slightly moves, but then after that it becomes easy to bat...when the twilight period comes, for 40-50 minutes, that becomes a bit challenging for the batsmen to focus," he said.

"The ball's pace increases, initially there is normal pace, but when lights are on and the twilight period starts, the pace increases off the wicket (surface)," he said.

"In case of red ball, when we play throughout the day, the pace does not change suddenly, but with the pink ball, within 40-50 minutes, pace changes completely. It is very important to make adjustments there," he said.

A chance to practice for a month and play two first-class games has been the best preparation ahead of the big ticket series, he said.

"Quarantine was challenging, especially the first 14 days but luckily we got concessions and got the opportunity to practice during the quarantine period, so that was good preparation," he said.

"We got that time this year, to practice, plan ourselves really well, went to do our training and skill sessions and obviously those two practice games really helped before the first Test match."

Mohammed Shami Cricket
Get the latest updates on Fifa Worldcup 2022 and check out  Fifa World Cup Schedule, Stats and Live Cricket Score. Like us on Facebook or follow us on Twitter for more sports updates. You can also download the NDTV Cricket app for Android or iOS.