India vs Australia: Ajinkya Rahane will have a big task as India captain for the last three Test matches, but Sunil Gavaskar feels he wont be under excessive pressure. 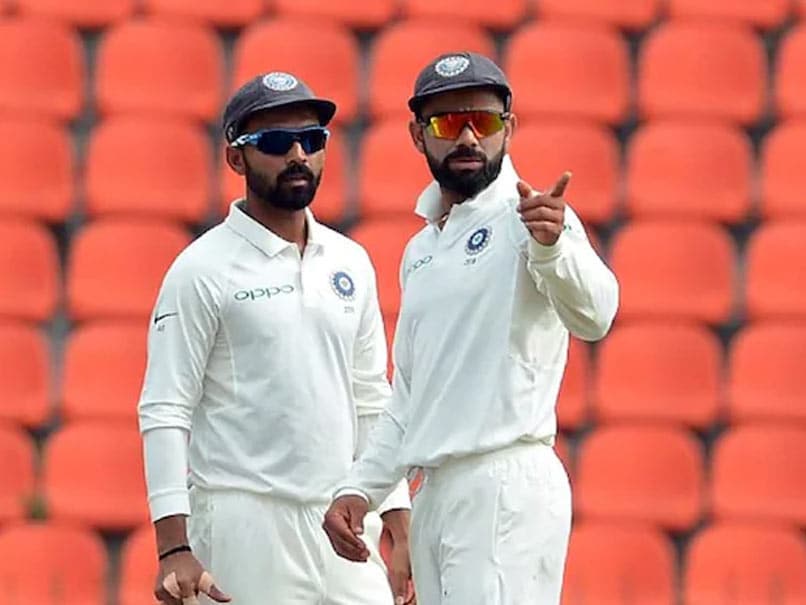 India vs Australia: Ajinkya Rahane will take over the reins from Virat Kohli after the first Test.© AFP

Ajinkya Rahane will have the arduous task of leading the Indian cricket team in the final three Tests in Australia. Rahane will have big shoes to fill with Virat Kohli returning home after the end of the first Test in Adelaide, having been given a paternity leave by the Board of Control for Cricket in India (BCCI). But former India skipper Sunil Gavaskar feels there will be "no pressure" on Rahane after taking over the reins from Kohli because he is "only the stand-in captain for the three Test matches".

"There is no real pressure on Ajinkya Rahane, because both the times that he has led the team, he has won. He led against Australia at Dharamshala and India won. He led against Afghanistan and India won. So, as far as his captaincy is concerned, there is going to be no pressure because he knows he is at the moment, only the stand-in captain for the three Test matches," Sunil Gavaskar said on Star Sports show GAME PLAN.

"So, I don't think the fact about being a captain or carrying on as captain is going to be part of his thinking at all. He will do the job as honestly as he plays his cricket, which means, as a batsman, he will go out there and try and let Pujara try and grind the opposition in and play few more shots maybe," he added.

Under the captaincy of Kohli, India had made history by winning their first-ever Test series on Australian soil, clinching the 2018-19 Border-Gavaskar Trophy series 2-1.

But with Kohli not available after the pink-ball Test, and star batsman Rohit Sharma also out of the first two contests, India have their task cut out to repeat that feat.

Cheteshwar Pujara will have to play a big role if India are to again better the Aussies in their own backyard but having not played an international match since February 2020, rustiness might hamper his performance.

Gavaskar, however, feels that won't be a factor.

"Out of 20 days of Test cricket that we have ahead of us, we are really happy to have him bat for 15 days, there is no question about it. Whether he has played any cricket or not, I don't think it's going to make any difference because he is so strong mentally, that he will be…. he loves batting, he loves being at the crease, he loves wearing the bowlers down," said the legendary batsman.

Australia Cricket Team Australia vs India 2020-21 Cricket
Get the latest updates on ICC T20 Worldcup 2022, check out the Schedule and Live Score. Like us on Facebook or follow us on Twitter for more sports updates. You can also download the NDTV Cricket app for Android or iOS.