Australia vs India, 3rd Test: BCCI, CA To Take Action Against Offenders In Message Against Racism

India vs Australia: Cricket Australia's Head of Integrity and Security Sean Carroll said strict action will be taken against the section of fans who hurled racial slurs at Mohammad Siraj and Jasprit Bumrah. 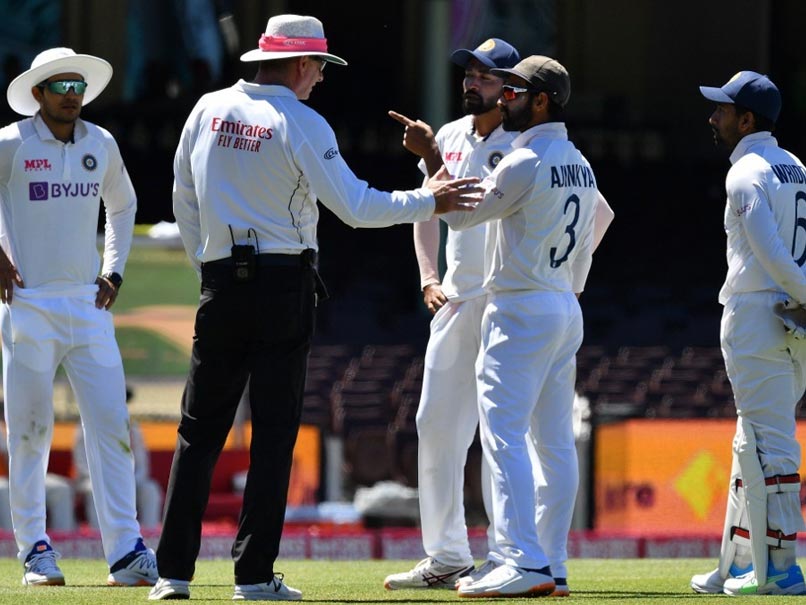 AUS vs IND: The Indian team lodged an official complaint against racial abuse by a few spectators.© AFP

Earlier, BCCI secretary Jay Shah had informed, via Twitter, that Cricket Australia has ensured him of strict action against the offenders. "Racism has no place in our great sport or in any walk of society. I've spoken to @CricketAus and they have ensured strict action against the offenders. @BCCI and Cricket Australia stand together. These acts of discrimination will not be tolerated. @SGanguly99 @ThakurArunS," Shah tweeted.

Visuals on television indicated that there were some words spoken for Siraj who was fielding near the boundary rope. Both the umpires then had a word with each other and the police then asked a group of men to leave the stand.

"CA is awaiting the outcome of the International Cricket Council's investigation into the matter reported at the SCG on Saturday. Once those responsible are identified, CA will take the strongest measures possible under our Anti-Harassment Code, including lengthy bans, further sanctions and referral to NSW Police. As series hosts, we unreservedly apologise to our friends in the Indian cricket team and assure them we will prosecute the matter to its fullest extent," he added.

The International Cricket Council (ICC) also "strongly condemned" reported incidents of racism and have offered Cricket Australia all necessary support in investigating the incidents. "Under the ICC Anti-Discrimination policy, Cricket Australia will now be required to investigate the issue and provide a report to the ICC on the incident and any action taken to ensure the issue has been dealt with appropriately," ICC said in a statement.

Jasprit Bumrah Mohammed Siraj Cricket
Get the latest updates on India vs South Africa and check out  Schedule, Results and Live Score. Like us on Facebook or follow us on Twitter for more sports updates. You can also download the NDTV Cricket app for Android or iOS.