Australia captain Tim Paine was found guilty of breaching Article 2.8 of the ICC Code of Conduct for Players and Player Support Personnel. 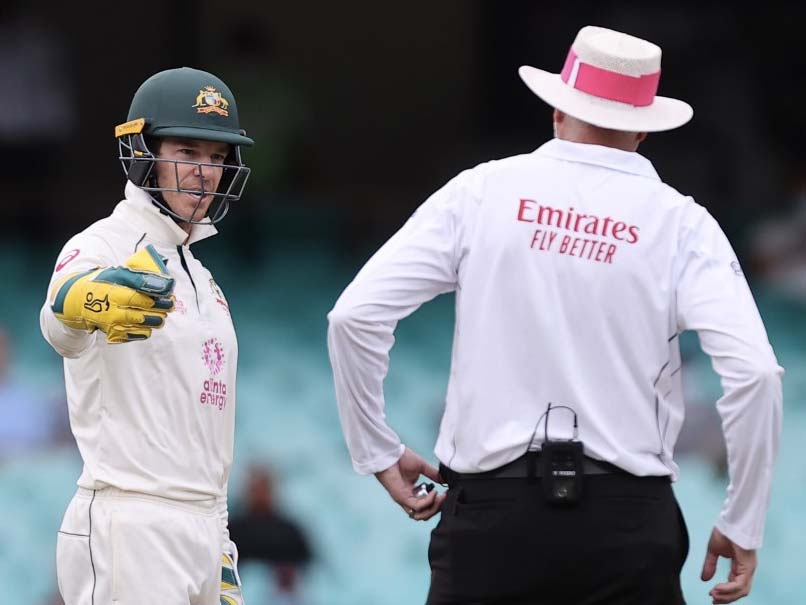 Australia skipper Tim Painehas been fined 15 per cent of his match fee for showing dissent over an on-field umpire's call during the ongoing third Test match between Australia and Indiaat the Sydney Cricket Ground. Paine was found guilty of breaching Article 2.8 of the ICC Code of Conduct for Players and Player Support Personnel. The ICC, in a press statement issued on Sunday, said that there was no need for a formal hearing as Tim Paine pleaded guilty to the offence and accepted the proposed sanctions.

"Paine was found to have breached Article 2.8 of the ICC Code of Conduct for Players and Player Support Personnel, which relates to "showing dissent at an umpire's decision during an International Match," the statement read.

"Paine admitted the offence and accepted the sanction proposed by David Boon of the Emirates ICC Elite Panel of Match Referees and ratified by the ICC Cricket Operations department as per the COVID-19 interim playing regulations. There was no need for a formal hearing."

On Day 3, Paine had lost his cool following an unsuccessful DRS decision against Cheteshwar Pujara.

On Sunday, Australia declared their second innings at 312 for six after a whirlwind knock from youngster Cameron Green, setting India a mammoth target of 407 runs for the win.

India got off to a fine start with Rohit Sharma and Shubman Gill stitching together a 71-run stand. Gill edged one to the keeper off Josh Hazlewood.

Rohit scored a fluent half-century before pulling a short ball straight into the hands of Mitchell Starc at fine leg.

India finished the day at 98 for two, needing 309 runs on the final day with eight wickets in hand.

Australia Cricket Team Tim Paine Cricket Australia vs India 2020-21 Australia vs India, 3rd Test
Get the latest updates on ICC T20 Worldcup 2022, check out the Schedule and Live Score. Like us on Facebook or follow us on Twitter for more sports updates. You can also download the NDTV Cricket app for Android or iOS.