India vs Australia: The hosts coasted to a second straight ODI win against the visitors, and Steve Smith scored another century yet again. 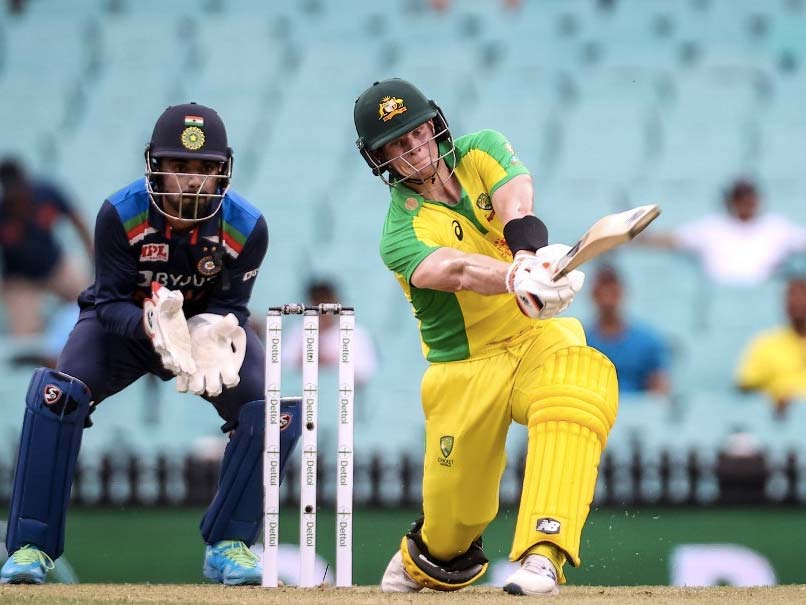 India vs Australia: Steve Smith hits a six during the second ODI.© AFP

After scoring back-to-back centuries against India, Australia batsman Steve Smith said a changed batting approach has been yielding better results for him in the ongoing series. Smith is now "batting with more finesse" rather than hitting the ball hard. He smashed a 104-run knock off 64 balls and was awarded player of the Match. Australia posted a mammoth total of 379/4 in their 50 overs as the top-five batsmen scored half-centuries for the team after openers David Warner (83) and Aaron Finch (60) provided a flying start.

The hosts won the game by 51 runs and gained a 2-0 unassailable lead in the three-match series.

"I felt good from ball one. It was another great foundation set by Finch and Davey. It's just summing up conditions and what's in front of you. Against India, you need to score big totals. Fortunately, it's come off. I am batting with more finesse now and that's worked. Tried to slog the balls hard a couple of weeks ago. It (records) doesn't bother me, nice to score some runs for the team. The boys were outstanding in the field too," Smith said at the end of the game.

India was behind the eight-ball right from the start of the chase, and it was only Virat Kohli (89) and KL Rahul (76) who could salvage some pride with the bat in hand. In the end, Australia wrapped up an easy win by 51 runs.

Earlier, Steve Smith and David Warner played knocks of 104 and 83 respectively as Australia posted a total of 389/4 against India. Opting to bat first, Australia once again got off to a flier as Warner and Aaron Finch hammered the Indian bowlers all around the park. Both batters went past their 50-run mark and the duo stitched together a partnership of more than 100 runs for the third consecutive time in ODI cricket.

In the final eight overs, Labuschagne and Maxwell added 93 more runs to Australia's total and as a result, the side posted a total of more than the 380-run mark. Labuschagne was dismissed after playing a knock of 70 runs while Maxwell remained unbeaten on 63.

The final and third ODI of the series will be played at Manuka Oval, Canberra on Wednesday, December 2.

Steven Smith Australia vs India 2020-21 Cricket Australia vs India, 2nd ODI
Get the latest updates on IPL Auction 2023 and check out  IPL 2023 and Live Cricket Score. Like us on Facebook or follow us on Twitter for more sports updates. You can also download the NDTV Cricket app for Android or iOS.