"We Were Ineffective With The Ball": Virat Kohli After Defeat To Australia In 2nd ODI

Australia vs India: Virat Kohli praised the home side's batting line-up for coasting past the visitors' bowling department with ease during the second ODI at the Sydney Cricket Ground. 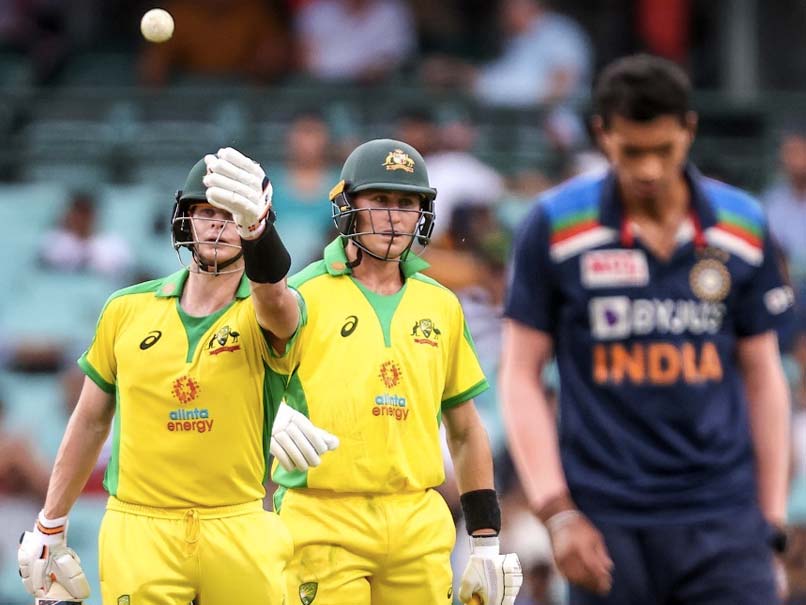 India vs Australia: The visitors' bowling department was once again in poor form at the SCG.© AFP

After crashing to a 51-run defeat in the second ODI, India captain Virat Kohli felt that his side's bowlers weren't effective against Australia at the Sydney Cricket Ground, on Sunday. Just like the first ODI, the visitors' bowlers were expensive against the Aussies, with Jasprit Bumrah conceding 79 runs in 10 overs, and notching a wicket. Mohammed Shami conceded 73 runs from nine overs, and grabbed a dismissal. Meanwhile, Hardik Pandya made his return to bowling on a good note, registering a wicket in four overs, and conceding 24 runs. After the match, Kohli said, "We were ineffective with the ball, and didn't hit the areas."

"They have a strong batting line-up, they know the conditions and the angles well. The chase felt steep, and one or two wickets would take the RRR up so we had to keep hitting. They took the chances that they created in the field, which was the difference," he quipped.

Also explaining his decision to use Pandya as a bowler, Kohli said that the all-rounder felt okay to bowl. Kohli revealed that he didn't plan to use Pandya for four overs, but the Mumbai Indians (MI) cricketer felt good, so he bowled more deliveries. "I think he (Pandya) gave away a bit of a bowling plan on this pitch, a lot of them bowled cutters. His bowling was out of nowhere I just asked him", said Kohli.

Even opposition captain Finch quipped, "As Virat said, we probably got a blueprint with Hardik's bowling, he was really hard to hit with pace off deliveries".

This was the first time Pandya bowled for India since his return from injury. He grabbed the wicket of Smith.

India could only muster 338 for nine from 50 overs, and fell short by a big margin. Kohli said that if KL Rahul or Shreyas Iyer could have continued batting, they could have reached the target with Pandya coming into help in the death overs.

The visitors lost the first ODI by 66 runs in the same venue on Friday. The hosts lead 2-0 in the three-match ODI series, and Kohli will be hoping to prevent a whitewash in the third ODI on December 2.

Other than the ODIs, both sides face each other in three T20Is and a four-match Test series.

Hardik Pandya Cricket Australia vs India, 2nd ODI Australia vs India 2020-21
Get the latest updates on India vs South Africa and check out  Schedule, Results and Live Score. Like us on Facebook or follow us on Twitter for more sports updates. You can also download the NDTV Cricket app for Android or iOS.