India vs Australia: Moises Henriques featured in his first international match in three years, and grabbed a sensational catch to dismiss Virat Kohli during the second ODI at the Sydney Cricket Ground. 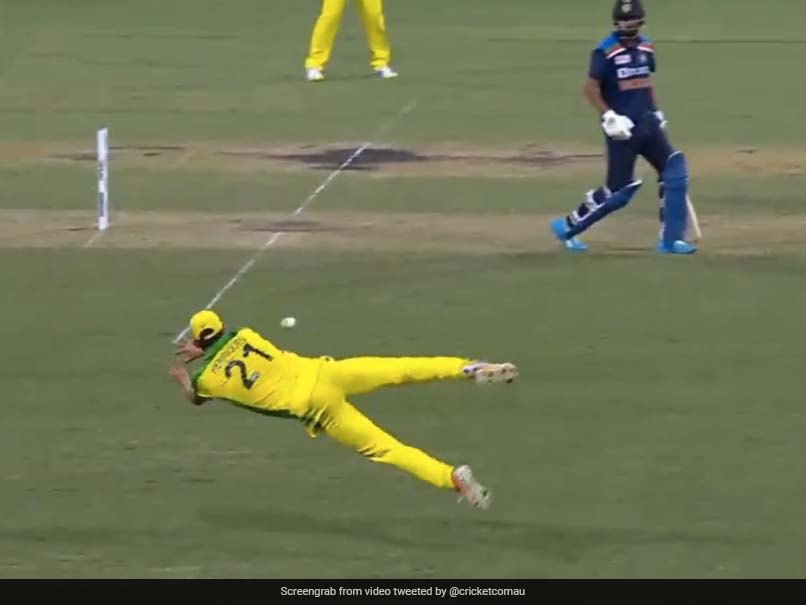 Moises Henriques announced his comeback to international cricket fans with a jaw-dropping catch to dismiss India captain Virat Kohli during the second ODI, at the Sydney Cricket Ground on Sunday. The last time Henriques featured in an international cricket match for Australia was on October 10, 2017, at Guwahati. It was a T20I against India. Cricket Australia's (CA) official digital handle posted a video of the catch on Twitter, and captioned it as, "That's a screamer! Welcome back, Moises Henriques! #AUSvIND".

During the fifth delivery of the 34th over, Kohli pulled a Josh Hazlewood delivery towards midwicket, where Henriques put in a terrific effort to catch it. He dived to his left and was almost horizontal to the ground when he grabbed the ball. The dismissal was a crucial breakthrough for the hosts, with the visiting skipper scoring 89 runs from 87 balls.

Kohli slammed seven fours and two sixes in his knock.

India are currently chasing a target of 390 runs, after having lost the first ODI by a huge margin of 66 runs.

Henriques has been slotted into the starting XI as a replacement for Marcus Stoinis, who suffered a side strain during the first ODI at the SCG. Henriques is an all-rounder and also batted during the first innings. He remained unbeaten after scoring two runs from a single delivery.

The home side are currently in another injury dilemma with David Warner limping off during the second ODI due to an adductor injury.

Virat Kohli Australia vs India 2020-21 Australia vs India, 2nd ODI Cricket
Get the latest updates on Fifa Worldcup 2022 and check out  Fifa World Cup Schedule, Stats and Live Cricket Score. Like us on Facebook or follow us on Twitter for more sports updates. You can also download the NDTV Cricket app for Android or iOS.