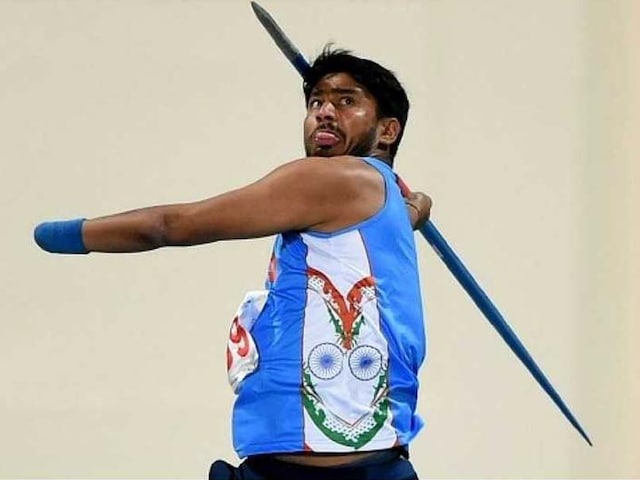 Sundar Singh Gurjar said that he was a little disappointed at not breaking the world record.© GoSports Foundation

Sundar Singh Gurjar gave India their first medal on Day 1 of the 2017 IPC Para Athletics Championships in London on Friday by winning gold in the javelin competition. In the absence of Paralympic gold medallist Devendra Jhajharia, Sundar, who had been disqualified from his event in Rio 2016 due to technical reasons, set the record straight and took home the gold medal with a personal best throw of 60.36 metres. India fell just short of the bronze as young sensation Rinku finished fourth.

"I was very disappointed after Rio, as I had prepared intensely and ultimately, could not compete. My morale was completely broken then, but I am delighted with this comeback to competition. I had trained hard for the World Championships as well, but not as much as I had done for Rio," Sundar said after his event.

"Hence, this gold medal is great motivation for me to perform even better from here on. I have recovered fully, and will do even better at the Asian Games (next year). I am a little bit disappointed at not being able to break the World Record, but am still satisfied that I got the medal."

The javelin F46 event also saw another impressive performance by 18-year old Rinku. The talented athlete from Rohtak, who had finished fifth in Rio, bettered his personal best from the Paralympics with a throw of 55.12m, to end fourth and narrowly miss out on another medal for India.

Rinku was pleased with his performance and set his sights on the junior world championships.

"I am very happy with this performance and with the fact that I am improving my personal bests. Missing the medal was my fate, but the Junior World Championships are coming up later this month, and I will try my best to break the world record there," he told GoSports Foundation.