India clinched five gold medals on the final day to top the medal tally for the first time in the history of the Championships. 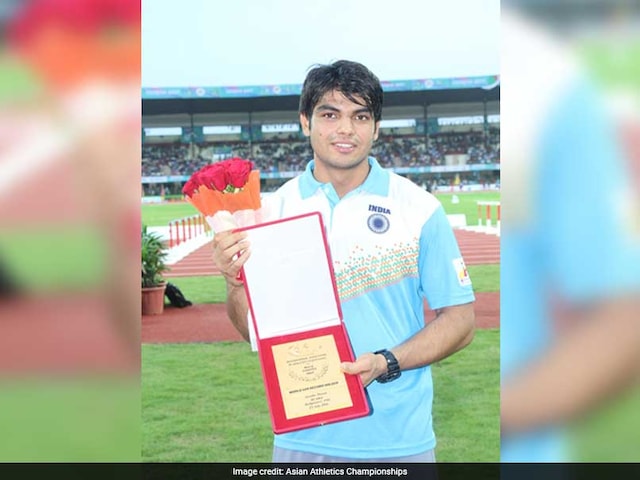 India ended the Asian Athletics Championships 2017 on a high at the Kalinga Stadium on Sunday. In a stunning show of dominance, the hosts clinched five gold medals on the final day to top the medal tally for first time in the history of the Asian Athletics Championships, pushing China to second spot. This was India's most-successful campaign in the event ever. The hosts ended with 29 medals (12 gold, 5 silver and 12 bronze), their highest-ever haul.

"I could not win a gold in the two events in China but since then I have improved a lot. Though the timings were slow due to humid conditions, I'm happy to have won two gold medal for the country. I hope to improve my best timing in the World Championships," Lakshmanan said after winning the gold.

Neeraj threw an impressive 85.23m, a record, to win another gold for India while the women's 4x400m relay team gave the hosts another reason to smile as they clocked 3:31.34 to triumph. The men's relay team clocked 3:2.92 for the gold. Devinder Singh Kang, who was embroiled in a marijuana positive test case, was third in javelin by clearing a distance of 83.29m.

Earlier, Archana Adhav finished on top of the podium with a magnificent timing of 2:05:00 in the women's 800m, ahead of second-placed Nimali Waliwarsha Konda of Sri Lanka (2:05:23) and third-placed Gayanthika Thushari (2:05:27), also of Sri Lanka. But she was later disqualified. While India's Lili Das finished fifth with a timing of 2:07:49, race favourite Tintu Luka failed to finish.

Comments
Topics mentioned in this article
Tintu Lukka Athletics
Get the latest Cricket news, check out the India cricket schedule, Cricket live score . Like us on Facebook or follow us on Twitter for more sports updates. You can also download the NDTV Cricket app for Android or iOS.
Advertisement