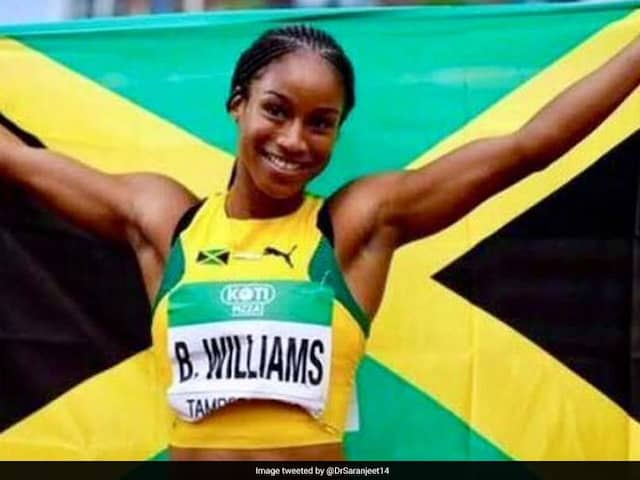 Double world under-20 sprint champion Briana Williams could miss next month's World Championships after reportedly testing positive for the banned diuretic hydrochlorothiazide (HCTZ). The Jamaican daily The Gleaner said that the 17-year-old initially failed the doping test after the National Senior Championships between June 20-23 where she placed third in the 100 metres to secure a spot in the national team for the World Championships in Doha. The newspaper said Tuesday that the 'B' sample had reportedly confirmed the presence of the substance.

Williams' representative Emir Crowne said they had not yet received confirmation of the 'B' sample and insisted that the sprinter had not done anything wrong.

Her team reportedly say that the teenager used a contaminated cold and flu medication -- which she had declared on her testing protocol form -- as the source of the banned substance.

The medication, which does not list HCTZ as an active ingredient, was subsequently sent by Williams' team to be tested independently in the USA, where it was confirmed that it was contaminated with traces of the banned diuretic, the newspaper reported.

Florida-born Williams was just 16 when she won the 100m and 200m at last year's World Under-20 Championships in Tampere which gained her nominations for the IAAF Female Rising Start and the Laureus Breakthrough of the Year Awards.

The Jamaica Athletics Administrative Association (JAAA) is set to name its team for Doha on September 6.

Last week, American sprinter Christian Coleman vowed to fight allegations that he missed three drug tests, saying he is confident a September hearing will clear him to compete at the World Championships.