Usain Bolt's appearance at Beijing's iconic Bird's Nest stadium comes seven years after he stormed to treble gold at the 2008 Olympic Games in the Chinese capital, a period during which he has dominated sprinting. 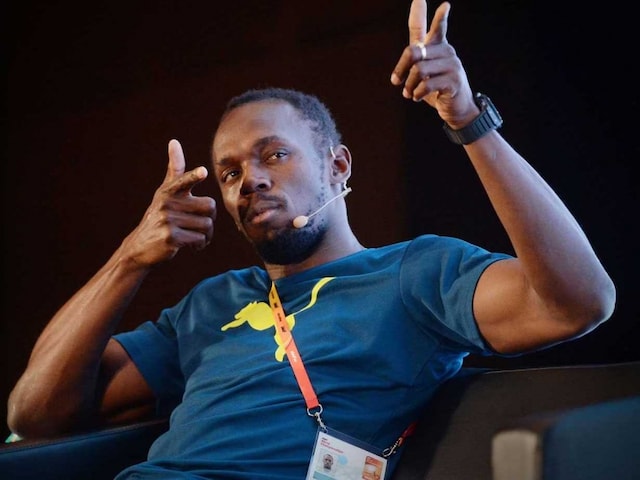 Usain Bolt at a press conference ahead of the World Athletics.© AFP
Beijing:

Jamaican superstar Usain Bolt makes his bow in the 100m heats on the opening day of the World Athletics Championships on Saturday, when Briton Mo Farah will bid for an unprecedented six consecutive global track distance titles in the 10,000m.(Bolt Saddened by Doping Issues)

Bolt's appearance at Beijing's iconic Bird's Nest stadium comes seven years after he stormed to treble gold at the 2008 Olympic Games in the Chinese capital, a period during which he has dominated sprinting.

"Beijing was where it all started for me at the Olympic Games in 2008," the towering 29-year-old said.(A Champions Athlete)

"I have great memories of this city and the stadium. It's great to be back here, I'm looking forward to getting on the track on Saturday."

Farah, who came through the youth and junior ranks alongside Bolt, has made the headlines for all the wrong reasons in recent months, with his American coach Alberto Salazar accused of violating several anti-doping rules.

Salazar has strenuously denied all the accusations against him and Farah, who was not accused of any wrongdoing, has vowed to stick by his coach unless any allegations are proven.

Since losing to Ibrahim Jeilan in the Daegu worlds in 2011, Farah has won five global track distance titles in a row. He rebounded to win the 5000m in Daegu, and followed up with 5000m-10,000m doubles at both the London 2012 Olympics and the 2013 world championships in Moscow.

Should Farah triumph in the 10,000m in Beijing, he will have strung together an unprecedented six consecutive global track distance titles (with a chance to make it seven in the 5000m).

Farah will undoubtedly face a tough challenge from the Kenyan and Ethiopian trios, with US training partner Galen Rupp, fastest in the world last year and silver medallist behind the Briton at the 2012 Olympics, also expected to be in the mix.

One notable absentee from Saturday's action, featuring three medal events, will be New Zealand's four-time world champion Valerie Adams, who misses the women's shot put after failing to regain her form sufficiently after complicated double surgery on her shoulder and elbow.

In the big Kiwi's absence, the world leader from Germany, Christina Schwanitz, is favourite, while home hopes lie on the shoulders of Olympic and two-time world bronze medallist Gong Lijiao.

The opening event of the day will be the men's marathon, which kicks off early in the morning in a bid to better avoid the hot, often smoggy conditions that envelop Beijing.

All eyes will be on Stephen Kiprotich as the Ugandan goes after an unprecedented third consecutive global title after winning golds at the London Games and the Moscow worlds.