Tejinder Pal Singh Toor opened with a 20.43m, bettering his earlier season's best of 20.36m, but he fouled his next attempt. 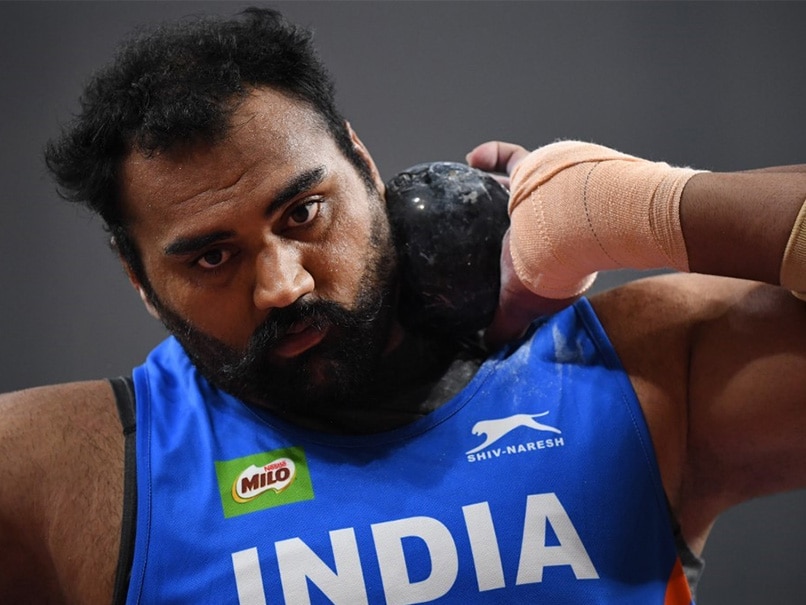 Tejinder Pal Singh Toor failed to qualify for the final round.© AFP

India's Asian champion shot putter Tejinder Pal Singh Toor failed to qualify for the final round of the World Athletics Championships despite producing his season's best effort in Doha on Thursday. The 24-year-old Toor finished eighth in qualification round Group B and 18th overall out of 34 competitors with a best throw of 20.43m from his three attempts. Those who touched 20.90m or at least 12 best performers were to make it to the final and eventually 12 shot putters from Group A and Group B combined were able to cross the automatic qualifying mark for the finals.

With eight shot putters from Group A touching the automatic final round qualifying mark of 20.90m, it was going to be difficult for Toor, who has a personal best - also national record - of 20.75m, to make the cut.

Toor opened with a 20.43m, bettering his earlier season's best of 20.36m, but he fouled his next attempt.

Pressure mounted on him as three competitors from Group B touched the automatic qualifying mark in their first attempt while another shot putter did the same in the second round.

That meant Toor will have to touch 20.90m and rewrite his own national record in his third and final attempt if he has to qualify for the finals.

But it was too tough a task for Toor as he could only come up with a 19.55m effort to crash out of the championships.

Toor had won a gold in the 2018 Asian Games in Jakarta with his national record setting effort of 20.75 m.

He also won a gold in the Asian Championships at the same venue in April with a throw of 20.22 m.