There was a shock at Wednesday's world athletic championships when Kenya's Julius Yego won gold with the third longest throw of all time. 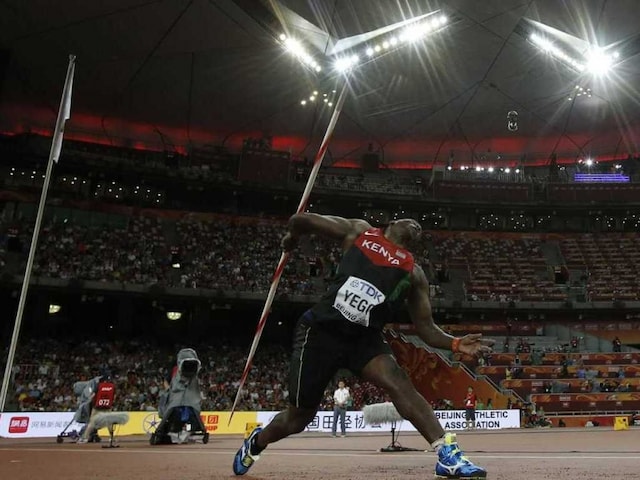 Julius Yego of Kenya won gold with the third longest throw of all time.© AFP
Beijing:

Periods of intense training for two African athletes at a Finnish javelin school have overturned the natural world order in the physically demanding and technically challenging event.

There was a shock at Wednesday's world championships when Kenya's Julius Yego won gold with the third longest throw of all time.

In all world championships since 1983, there has only been one non-European gold medallist, South African Marius Corbett in Athens in 1997. Otherwise, medals have remained largely the preserve of European countries.

Finland's Tero Pitkamaki, 2007 champion and silver medallist in Moscow in 2013, was demoted to bronze (87.64m) in the most European of disciplines.

The astronomical rise of Yego, who famously honed his early technique from YouTube clips of his heroes, and El Sayed is in large part thanks to Finnish coach Petteri Piironen, who trains the African pair.

Piironen first came across Yego when a Finnish agent dealing with African athletes drew his attention to the then little-known Kenyan thrower.

And El Sayed in 2008 and Yego in 2011 earned scholarships to train at the IAAF-accredited centre in Kuortane in Finland, the country regarded as the spiritual home of the javelin.

"He has learnt good basics from YouTube and then of course you need someone to work together," Piironen said after proudly watching his two proteges score a 1-2 podium result.

"Yego's throwing skills are quite good. He's not strong and he's not such a good jumper, but when he takes the javelin, starts to run and throw, he's one of the best.

"The basic technique and the run and rhythm are much better than some other throwers."

"His form is down to good training and staying healthy."

Yego is gushing in praise of Piironen.

"He is a brilliant coach," Yego said. "I still use the programme Petteri set me when I first met him. We created a good relationship and he is readily available to help me whenever I ask."

Piironen joked that he was not yet seen as a traitor in his own country for fostering fresh foreign talent.

"So far it's been okay!" he laughed. "Of course it's very good to have non-Europeans reaching the top in javelin. There is a lot of talent in Africa."

El Sayed described himself as "super crazy happy" with his silver medal showing.

"I have to say a big thank you to my coach. He is my big brother, my friend, always supporting me," he said.

"Finland is my second country because I spend all my time travelling between Egypt and Finland.

"It's a very good country and the people are always so nice to me."

El Sayed's preparations for the worlds, however, were hampered by a mother stricken by a back complaint, meaning the big Egyptian was commuting three hours to visit her in hospital in Cairo, throwing his training programme into disarray.

"I didn't eat, I didn't sleep properly, that's why I didn't do well at some competitions before the champs," El Sayed said.

"But now she should be okay and she's started to walk again. This medal will be a motivation and a gift for her."