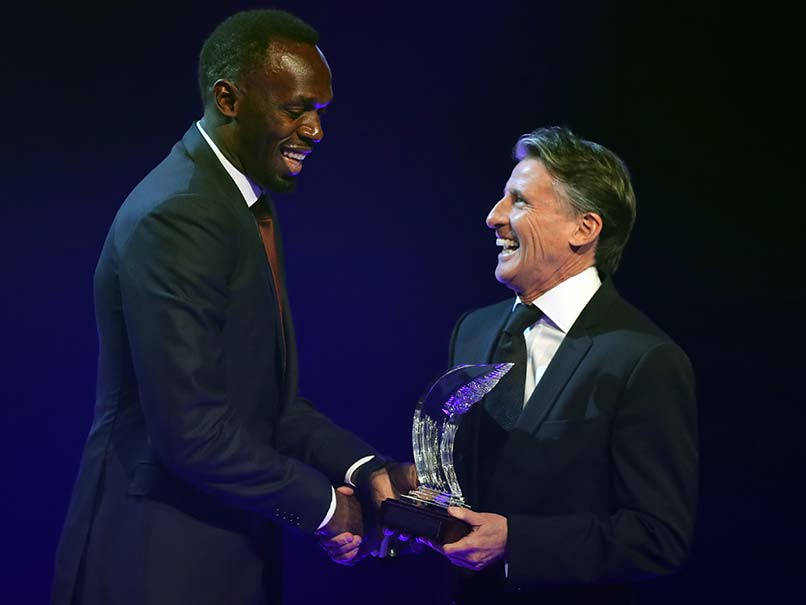 "I live for the moments I walk into the stadium," said Bolt, who will retire next year. "I love competing, I dream of being in the stadium competing against the best.

The 30-year-old dominated the 100m in 9.81sec and came back four days later with a 19.78sec victory in the 200m to secure a third straight Olympic title over both distances, a first.

The following day he anchored Jamaica to victory in the 4x100m in 37.27sec, the fourth fastest of all time. His 9.81sec gold medal-winning performance in Rio was the second fastest in the world, his 19.78sec in the 200m the third fastest.

Bolt ended his season unbeaten in six individual finals, having made history as the first athlete to win three consecutive Olympic triples.

"It's definitely a big deal," Bolt said of the award.

"When you get to be athlete of the year it means that all the hard work has paid off, so if I can win it for a sixth year means as much as the first one."

He had been up against Briton Mo Farah, who claimed a historic Olympic double-double in the 5000m and 10,000m, and South African Wayde van Niekerk, whose Olympic gold medal-winning run in the 400m also eclipsed the world record set by Michael Johnson.

In the female category, Almaz claimed the title after smashing the 10,000m world record in Rio.

Picking up brilliantly where she left off in 2015 as the world 5000m champion, 25-year-old Almaz proceeded to rewrite the all-time lists in the 5000m.

After a 14:16.31 performance in Rabat, she threatened the world record with a 14:12.59 run in Rome, the second-fastest performance of all time.

That momentum continued in late June at the Ethiopian Olympic trials for 10,000m where she triumphed in 30:07.00, the fastest ever debut over the distance.

In Rio she went faster still, opening the Olympic athletics programme with a stunning 10,000m world record of 29:17.45 that knocked more than 14 seconds from a record set 23 years earlier.

She beat off competition from Jamaican Elaine Thompson, who won golds in the 100 and 200m in Rio before helping Jamaica to a silver medal in the 4x100m relay, and also Polish Olympic hammer champion and world record holder Anita Wlodarczyk.

Comments
Topics mentioned in this article
Usain Bolt Athletics
Get the latest updates on IPL 2020, check out the IPL Schedule for 2020 and Indian Premier League (IPL) Cricket live score . Like us on Facebook or follow us on Twitter for more sports updates. You can also download the NDTV Cricket app for Android or iOS.