Usain Bolt is set to bring the curtain down on his brilliant career at the 2017 World Athletics Championships in London in August. 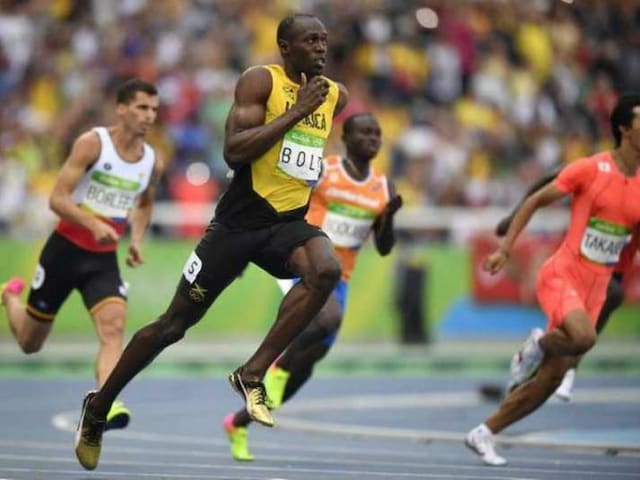 Nine-time Olympic champion Usain Bolt dedicated what is set to be his last track season to his fans, with the Jamaican sprint star saying his training regime was now "more relaxed".

However, the 30-year-old insisted Monday that his will to win was undimmed.

"It's more relaxed, me and my coach will discuss, we're going to change my training regime, different things so it's not going to be as intense as the seasons before," Bolt said Monday ahead of the London premiere of 'I am Bolt', a documentary film charting his career in the 18 months leading into this year's Rio Olympics.

Bolt, who is set to bring the curtain down on his brilliant career at the 2017 World Athletics Championships in London in August, added: "It's mainly because my fans are..there's a few people who are my friends, my close friends and a few other of my fans said that they really never see me competing live so I am giving people opportunity now to come and see me at my last world championships or maybe in Jamaica, my last run in Jamaica and stuff like that.

"So it's mainly for the fans this season."

Nevertheless, he added: "I never want to lose, in any way. Even a simple board game I don't want to lose so for me the fact that I say it's for my fans, I still want to go out and compete at my best. But it's not so much pressure as it is like for the past eight years where I have to consistently win.

"I know I have to win but for me it's much more simpler, less stressful, less pressure so I am just training hard as I always do and go compete at my best as always."

At Rio, Bolt completed the 'triple triple' by winning golds in the 100 metres, 200m and 4x100m relay, just as he had done at both the 2008 and 2012 Olympic Games in Beijing and London respectively.

Bolt said he hoped the documentary would show just how hard he had worked to become one of the greatest sprinters of all time.

"Most people say to me when they see me like: 'Oh you make it look so easy' but it's not. So I wanted to make people see what I went through to get where I am at today," he explained.

Meanwhile Bolt, who has often spoken of his desire to become a professional footballer, said he planned to do some training with top German club Borussia Dortmund.

Both Bolt and Dortmund use kit made by Germany-based sports manufacturing giant Puma, who put the athlete and the club in touch with one another.

"Why not?," said Bolt on Monday. "It's something I have always wanted to try and see if I were any good at, so at the end of the season I will go there (Dortmund) and do a little trial, not a trial but a little training."

Comments
Topics mentioned in this article
Usain Bolt Athletics
Get the latest updates on IPL 2020, check out the IPL Schedule for 2020 and Indian Premier League (IPL) Cricket live score . Like us on Facebook or follow us on Twitter for more sports updates. You can also download the NDTV Cricket app for Android or iOS.