Usain Bolt barely ran past rival Justin Gatlin - who is widely infamous for being caught for doping twice. The win in World Championships has brought a sense of relief for world athletic community. 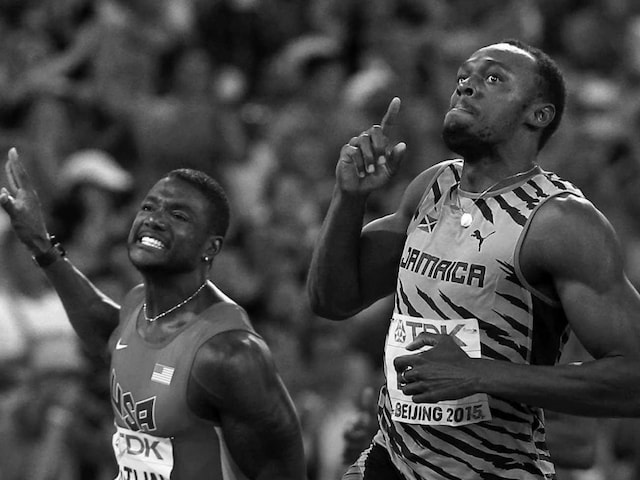 Olympic chief Thomas Bach was quick to congratulate Bolt, who had barely completed his lap of honour in Beijing on Sunday, dancing and striking poses with the Jamaican flag draped over his shoulders like a superhero's cape. (Also read: Usain Bolt says win over Gatlin his hardest ever)

"Congratulations to Usain Bolt for a historic victory," said the International Olympic Committee president. "It was great to see him winning in the Bird's Nest stadium again."

It is hard to imagine that Bach, a supporter of lifetime bans for doping, would have been quite so happy had Gatlin controversially ended Bolt's reign as the world's fastest man.

"My aim is to be the best ever, to continue dominating," said Bolt, one of the most tested athletes in sport. "There is no time to celebrate anything."

Bolt's ruthless takedown of Gatlin was a close-run thing. The Jamaican clocked 9.79 seconds in the final, just one hundredth quicker than his American rival -- the finest of margins, but enough to bolster the crisis-hit sport's credibility.

His victory would have been warmly welcomed by athletics chiefs, who have been under heavy fire over doping and were uneasy at the prospect of Gatlin being crowned the world 100m champion.

As allegations of widespread doping engulfed athletics in the build-up to Beijing, newly elected IAAF president Sebastian Coe, who has promised zero tolerance for drug cheats, admitted a Gatlin victory would make him feel "queasy."

Gatlin, 33, was banned for eight years after a second positive test in 2006, though that suspension was halved after he cooperated with anti-doping officials.

While there was symbolic significance at least in Bolt's one-hundredth-of-a-second win, Gatlin's agent Renaldo Nehemiah said the runner has been shaken by the constant references to his murky past.

"He's not angry, he's upset about it," said Nehemiah. "We build people up to break them down, that's just human nature.

"When you serve a doping ban, usually it's career-ending. He's been able to come back, he's been proving to people he's a great talent. A four-year suspension is supposed to ruin your career and it really hasn't, athletically, for him."

Gatlin, who had been unbeaten in 28 races over two years before Sunday's final, vowed to return with a vengeance in the 200 metres, starting on Tuesday.

"I just have to reset, man," shrugged the American, one of four men in the 100 metres final to have served a doping ban. "Just get ready for the 200 metres, dial back in and be ready for business."

Bolt, the six-times Olympic gold-medallist, refused to depict the race, described in some quarters as a clash of "good vs evil", as a morality tale.

"That's for you guys to write," he told journalists. "I have shown the world that it is possible (to run clean). I have worked my hardest. I have pushed myself."

Bolt's countryman Asafa Powell said bluntly after the race: "No one wanted Gatlin to win."

The fact Powell has also served a drugs ban underlines just how deep the problem runs in athletics -- and how much work the likes of Coe and his old friend Bach have yet to do.