Usain Bolt In Talks For Trial With Australian Football Club

Usain Bolt may be on the roster for A-League club Central Coast Mariners. 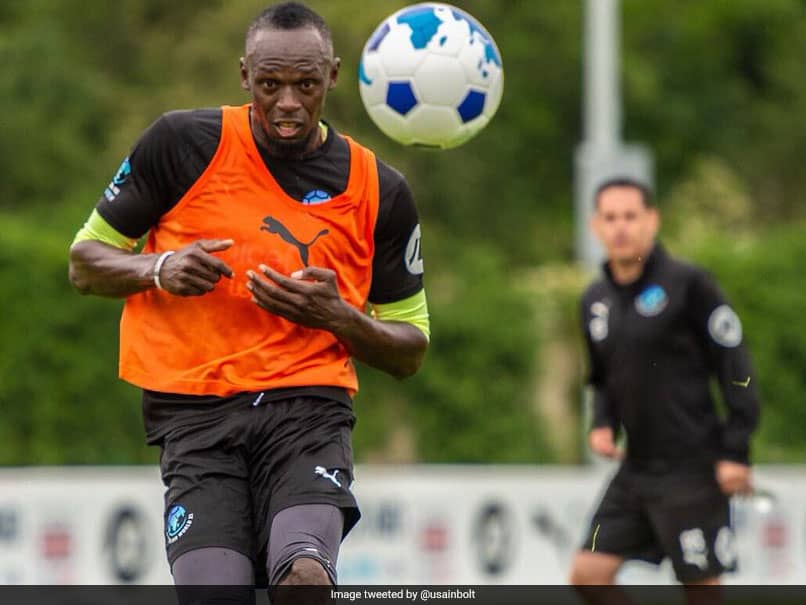 Olympic gold medallist Usain Bolt is on the verge of sealing a deal to trial with the A-League's Central Coast Mariners, the Australian club announced on Tuesday. The 31-year-old Bolt is an avid Manchester United fan and has dreamt of playing top-flight football after his retirement from athletics in August last year. The 100m and 200m world record-holder trained with Norwegian club Stromsgodset last month and Bundesliga club Borussia Dortmund in March. Bolt will take part in a six-week trial starting next month at the Mariners' base in Gosford, chief executive Shaun Mielekamp said.

A season-long deal could follow if it goes well, he told commercial broadcaster Channel Seven.

Football agent Tony Rallis, who has been working on the deal, told Sky Sports Radio's Big Sports Breakfast Tuesday it has been agreed "in principle... subject to a couple of benchmarks".

"Mainly, a trial, and of course marquee funds support from (governing body Football Federation Australia)," he said, adding that the arrangement was not a gimmick.

"Once the FFA comes back and says that they'll be part of the process, we're going to the trial... This bloke's an ambitious athlete. The A-League needed a hero, and we got superman."

Mielekamp said his club had been working on the agreement for four to five months and there was still "some work to do".

"But fingers crossed things might play out, but the most important thing is we wait to find out and see how good a footballer he is first.

"If all goes well, who knows? He may be playing in the A-League this season."

Mielekamp said reports of Bolt's performance at the European clubs he has trialled with have been "pretty good", and that "every time he trains, he improves significantly".

"He has a very good left foot, and time will tell at what level he is at and if it fits the A-League... it would only be big if he could play and go really well," he said.

"If he comes in and he is not up to the level, it could have a detrimental effect."

Bolt has dominated sprinting since taking double individual gold at the Beijing Olympics in 2008. The charismatic sportsman went on to win a further six Olympic golds and pick up 11 world titles.

The A-League season starts in October.

Comments
Topics mentioned in this article
Usain Bolt Athletics Football
Get the latest updates on IPL 2020, check out the IPL Schedule for 2020 and Indian Premier League (IPL) Cricket live score . Like us on Facebook or follow us on Twitter for more sports updates. You can also download the NDTV Cricket app for Android or iOS.