Usain Bolt will try to move closer to a sprint double over American rival Justin Gatlin at the world championships in the men's 200 metres semi-finals on Wednesday. 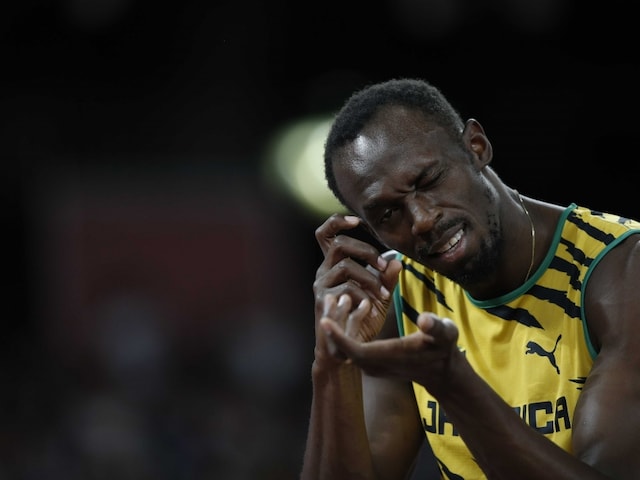 Usain Bolt will be aiming to topple Justin Gatlin in the 200m sprint on Wednesday.© AFP

Usain Bolt will try to move closer to a sprint double over American rival Justin Gatlin at the world championships in the men's 200 metres semi-finals in Beijing on Wednesday. (Athletics News)

Meanwhile, Grenadan Kirani James will bid to back up his London Olympic gold with a world title in the 400m but in what should be a thriller, he will be pushed hard by other contenders including defending champion LaShawn Merritt. (Bolt Shrugs off Gatlin Threat Ahead of Key Battle)

Botswana's Isaac Makwala could grab headlines by becoming the first man from his country to win a world title after qualifying fastest for the final with a time of 44.11 seconds, while South African Wayde van Niekerk will be a dark horse. (Bolt, Gatlin Cruise to 200m Semifinal)

Bolt is never far from the spotlight as the marquee name of athletics and he will be looking to tighten his stranglehold on sprinting's major titles after pipping two-times doping offender Gatlin in the 100m final at the weekend. (Could Justin Gatlin be the Bolt from the Blue?)

The Jamaican superstar, a six-time Olympic champion, clocked 20.28 seconds to cruise into the semi-finals while Gatlin also won his heat in a time of 20.19.

Bolt, whose victory in an electrifying 100m provided the crisis-hit sport with a tonic after allegations of widespread doping in the build-up to Beijing, is looking to win a seventh individual world championship gold.

The absence from the women's 200m heats of Jamaica's Shelly-Ann Fraser-Pryce, opting out after already retaining her 100m title, and American Allyson Felix has blown the gold medal race wide open.

The ever-present American threat includes Jenna Prandini, Jeneba Tarmogh and Candyce McGrone, who has run 22.08 this year. Other finals on Wednesday include the women's pole vault, 400m hurdles and 3,000m steeplechase, as well as the men's javelin.