Turkey's Gamze Bulut's, who won a silver medal in 1500m at the 2012 London Olympics, blood samples from 2011, 2012 and 2013 have shown abnormalities. She is suspended pending the investigation 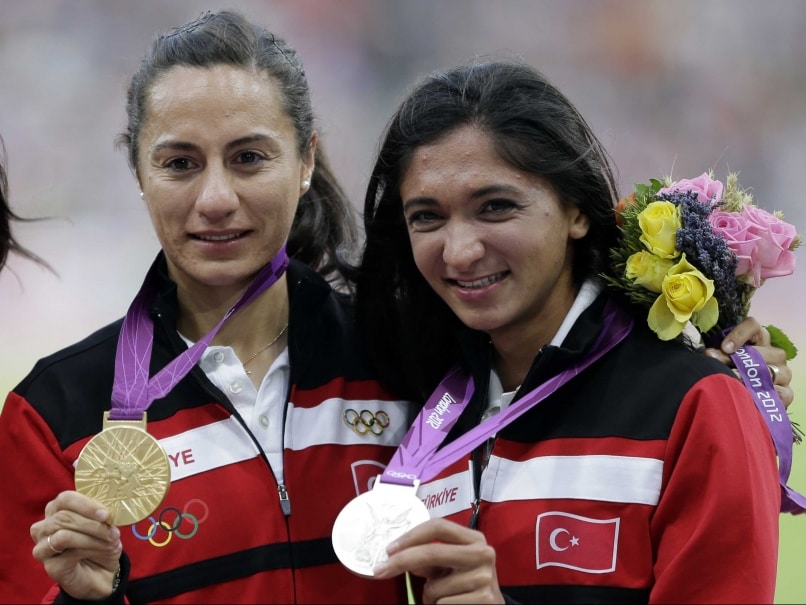 Gamze Bulut (right) with her silver medal at the London Olympics.© AP
Ankara:

Olympic 1,500-meter silver medallist Gamze Bulut of Turkey is under investigation by the International Association of Athletics Federations for a possible doping violation, the fifth runner from the 2012 Olympic final to face drug allegations. (Read more sports stories here)

The Turkish Athletics Federation said on Monday that the IAAF has asked Bulut to submit her defense over irregularities in her biological passport, which monitors an athlete's blood profile over time for signs of doping.

According to Turkey's NTV television, the IAAF found abnormalities in Bulut's blood samples from 2011, 2012 and 2013, and the 23-year-old runner is suspending pending the investigation.

"The IAAF is not making any comment on doping matters under investigations or under result management procedure," the global body said in a statement to The Associated Press.

Bulut finished second in the 1,500 at the London Olympics behind fellow Turkish runner Asli Cakir Alptekin, who has since been stripped of her gold medal and is serving an eight-year doping ban.

Bulut had been in line to be upgraded to gold but is now the fifth athlete from the Olympic final to face doping allegations. Her silver medal could now be at risk.

As well as Alptekin, Nataliya Kareiva of Belarus and Russian athlete Yekaterina Kostetskaya, who finished seventh and ninth respectively, have since been banned for biological passport abnormalities.

Abeba Aregawi, who finished fifth in London, was suspended last week pending an investigation after testing positive for a banned substance. Aregawi, the 2013 world champion, was born in Ethiopia but now represents Sweden.

After learning of the Bulut investigation, U.S. runner Shannon Rowbury - who placed sixth in London - said she finished second among athletes who have not tested positive during their careers.

Rowbury issued a statement on the social video platform Unscriptd and posted on YouTube.

"While those women were doing their victory lap in the London Olympic stadium, I was crying through my cool down and then sobbing .... trying to gather enough self-control to face my family with a smile and tell them that I was fine," she said. "These cheaters rob people like me and my competitors of medals."

"This news has left me feeling validated that my best is and can be enough," Rowbury added.