Lalita clocked nine minutes and 29.64 seconds to finish eighth out of 15 competitors despite leading majority of the race at the Bird's Nest. The race was won by Kenyan Hyvin Kiyeng Jepkemoi in 9:19.11. 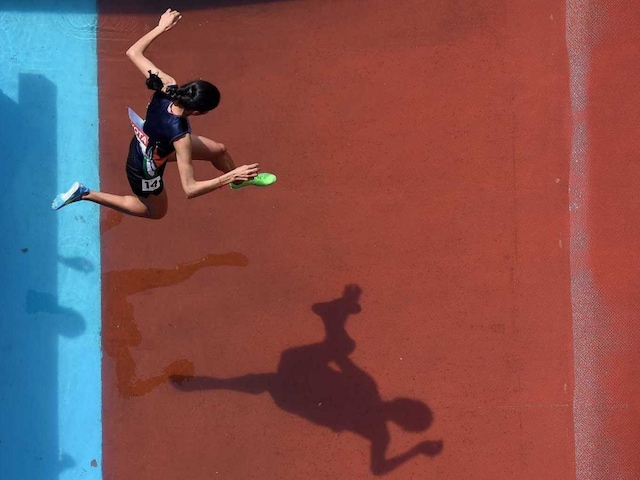 Lalita Babar in action at the World Athletics.© AFP
Beijing:

Lalita Babar finished a creditable eighth in the 3000m steeplechase event while Tintu Luka crashed out in the first round heats of the 800m race on the fifth day of the World Athletics Championships here on Wednesday.

Given the gap in the personal best times with other athletes in the competition, Lalita was not expected to stand on the podium though she had smashed her own national record with a 9:27.86s effort in the semifinals on Monday.

But the 26-year-old Maharashtrian girl ran a good race to become the first Indian track athlete (male and female) to finish in the top eight in a World Championship. So far, only two athletes -- both from field events (long jumper Anju Booby George and discus thrower Vikas Gowda) -- have finished better than Lalita in a World Championships.

Lalita broke off the pack of runners early on to set the pace of the race but ran out of steam as seven of her rivals overtook her and left her behind with two rounds remaining.

Luka, who has a personal best of 1:59.17s which she clocked in 2010, was expected at least to reach the semifinals but failed to do so. She though got the consolation of crossing the Rio Olympics qualification time of 2:01.00s.

Luka led the eight-woman field in the opening lap with a fast 57.06s time but ran out of steam when it came to the final push. Six runners ran past her in the last 200 meters as the Indian burnt herself out in a repeat scenario of so many of her races at the international stage.

Luka was also a bit unlucky as she was pitted in a more competitive heat as the three top finishers in heat numbers four and five clocked worse times than the Indian but they still advanced to the semifinals.

It was Tintu's second appearance in the World Championships. She was a semifinalist at Daegu, South Korea in 2011.

European champion Marina Arzamasova of Belarus led the qualification chart with a time of 1:58.69s, followed by Great Britain's Lynsey Sharp (1:58.98s) and 2009 world champion Caster Semenya (1:59.59s) of South Africa. All three are from the heat Luka ran.