Javelin thrower Neeraj Chopra, with an effort of 86.48m, set a new junior world record to win the gold medal at the IAAF World Under-20 Athletics Championship. This is the first world record by an Indian in athletics 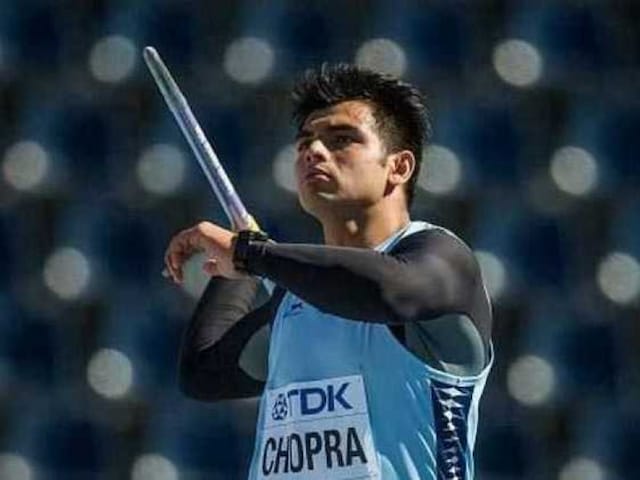 His effort of 86.48m is the first world record ever by an Indian in athletics. The earlier record was held by Latvian Zigismunds Sirmais. This is also the first time an Indian has won a gold at any World Athletics Championships.

"I would like to improve by performance. If I had qualified for Olympics, my joy would have been more," Chopra told NDTV.Â

"When the spear left my hand on that second throw, I had a feeling that this was a special throw. I don't think I expected it to go over 86 meters but since the last couple of months, I have worked hard on my fitness, my technique and it all paid off today," Chopra said after his world record performance.

Neeraj, who hails from Panipat, Haryana, began the event strongly, logging a throw of 79.66 meters in his first attempt which put him in lead, albeit provisionally.

South Africa's Grobler's attempt of 80.59 meters took away the lead from Neeraj, but it was all too brief.

Neeraj roared back with a massive throw of 86.48 meters, one that allowed him to retake the lead in comfortable fashion. Neeraj had earlier made the cut for the finals of the event with a best effort of 78.20 meters in the qualification round.

Chopra's throw is the eighth best among all javelin throwers this year. He is also ahead of defending Olympic gold medalist Keshorn Walcott of Trinidad and Tobago, whose best in 2016 is 86.35m.

Anju Bobby George, long jumper, is the only Indian to have won a medal in the senior World Championship, a bronze medal in 2003.

Neeraj, 18, had also won the South Asian Games gold in Guwahati earlier this year with a personal best of 82.23m.

Sports Minister Vijay Goel congratulated Neeraj for his world record. He also announced a cash award of Rs 10 lakh for him.

(With reporter inputs from Suprita Das)