Green, who won nine medals - including seven gold - for the United States at the Olympics and World Championships, says he is concerned about the current crop of US sprinters. 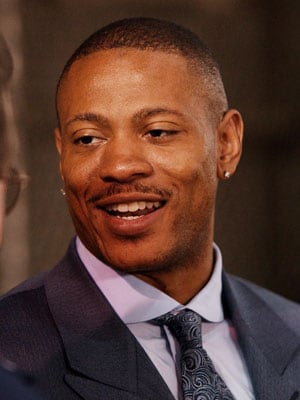 Former Olympic and World sprint champion Maurice Green says it will take a number of years before American sprinters are able to match the progress of their Jamaican rivals or reclaim the sprint crown.

Green, who won nine medals - including seven gold - for the United States at the Olympics and World Championships, says he is concerned about the current crop of US sprinters.

Jamaican athletes have been dominating world sprint with eight Jamaicans ducking under the 10-second barrier in the 100m last season, compared to six Americans, while five Jamaican men ran below 20 seconds in the 200m, with only one American doing likewise.

"It's hard for American sprinting now, and I say it all the time that America has been lucky to always have the success that we have had and to always have a group of young athletes coming up. Now the time has changed where this new era of athletes not the same is."

The five fastest times recorded in the 100m in 2012 were posted by Jamaicans, who also accounted for nine of the top 10 times registered in the 200m over the period.

"Especially in America, the athletes expect it to come a lot easier than it is, and that's wrong. They never see all the hard work that we put into it, they just saw us performing and people loving us and I think that's what's wrong with US sprinting today," said Greene, a former 100m world record holder, Olympic 100m champion and World Championships 100m and 200m champion.

"It's a big turnaround, and it used to be the other way around, but it's going to take a few years and a lot of work... before the US can really compete with Jamaica again."

Comments
Topics mentioned in this article
Athletics Saina Nehwal Ricky Ponting Badminton Xiang Sun
Get the latest updates on ICC T20 Worldcup 2022 and CWG 2022 check out the Schedule, Live Score and Medals Tally. Like us on Facebook or follow us on Twitter for more sports updates. You can also download the NDTV Cricket app for Android or iOS.