Entire Focus Is On Sports, Biopic Can Wait Until I Win More Medals: Neeraj Chopra

Olympic champion Neeraj Chopra said that biopic on him can wait until he wins some more medals. 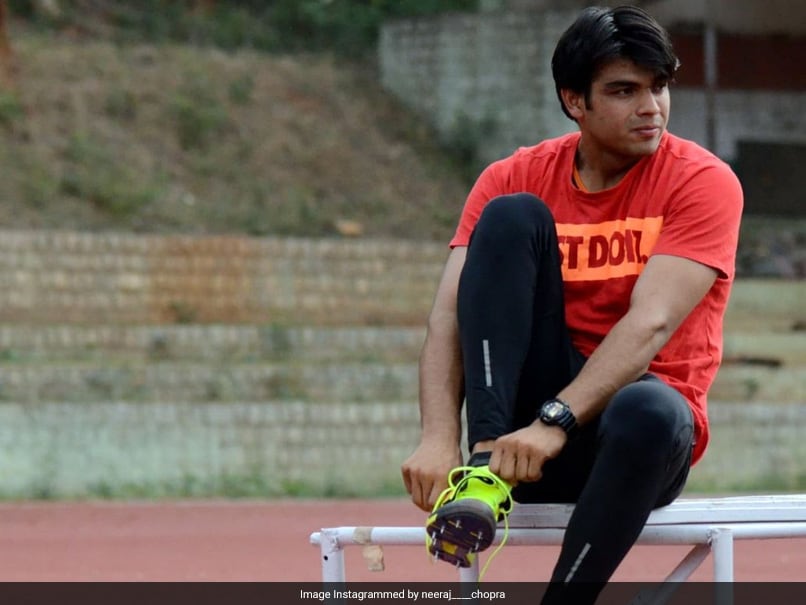 Neeraj Chopra ended India's 100-year wait for a track and field medal in the Olympics.© Instagram

Olympic champion Neeraj Chopra doesn't want a biopic on him until he wins some more medals. That will ensure the film becomes a hit, he says matter-of-factly. Ever since the Haryana-born javelin thrower scripted history by becoming the first Indian to win an Olympic gold medal in track and field events, there have been talks about what his biopic would look like and who would play him on screen. But sports, Chopra says, remains his priority. "I have been approached to do biopics but I think what I have achieved is just the beginning. This was my first Olympics. I want to win more medals. I don't want the movie to flop," Chopra said at the Times Now Summit 2021.

"If I can win more medals, I think then the movie too will be a hit. Right now, my entire focus is on sports, I haven't thought about Bollywood," he added.

During the Tokyo Games, the 23-year-old farmer's son from Khandra village near Panipat produced a second round throw of 87.58m in the finals to stun the athletics world and end India's 100-year wait for a track and field medal in the Olympics.

Asked to recollect the moment, Chopra said, "When I threw the javelin, I wasn't thinking about the medal but was confident that mine was the best throw."

"To be honest, until the last throw you are never sure because there are world champions and Olympic champions at that time. For example, the Czech thrower made a throw of more than 89 metres, so you never know who will make a throw that will exceed that. We need to be focused till the end of the competition," he added.

"I want to achieve the 90 metre distance in future games," he said.

Former India hockey captain and goalkeeper of the historic Olympic bronze medal-winning team, PR Sreejesh, too, revealed that a movie on his life is in the offing.

"Yes, I have been approached for a biopic and the talks are going," he said.

The veteran goalkeeper said the team's performance in the 2014 Asian Games turned the fortunes of Indian hockey.

"When in 2008 we could not qualify, we were under tremendous pressure for the next four years. There was a lot of negative talks around the Indian hockey team, some even saying that it was a black day for Indian hockey," Sreejesh said.

"In 2012, when we went to the London Olympics, even then our efforts were criticised because we didn't win any match. Things changed after 2014 when we made it to the semi-finals in the Asian Games in Incheon and especially when we defeated Pakistan. People were hopeful about us after that. There is always a lot of expectations when you go for the Olympics. And in 2016 we made it to the quarter-final," he added.

"Now that we have won a medal in the recent Olympics, we understand that this is something that has not happened overnight. There has been a change in people's thought process after the recent win in the Olympics, after Neeraj won the gold. There has been a change in people's attitude towards sports. People have started to show confidence in Indian sportspersons, that they can go to Olympics and win medals," he explained.

Sreejesh said for India to become a top sporting nation, the thought process towards sports in general needs to change.

Comments
Topics mentioned in this article
Neeraj Chopra Athletics
Get the latest updates on IND vs NZ 2021, check out the Schedule and Live Score . Like us on Facebook or follow us on Twitter for more sports updates. You can also download the NDTV Cricket app for Android or iOS.