After the government's intervention, the AFI has requested the IAAF to consider PU Chitra's participation in the upcoming World Championships. 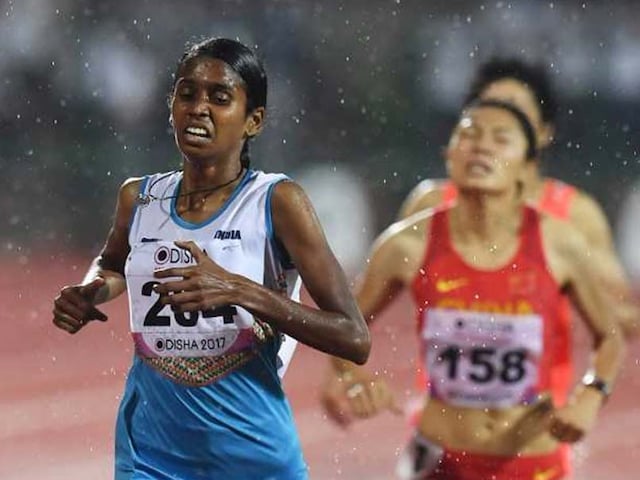 The Athletics Federation of India (AFI) requested the world body (IAAF) to consider PU Chitra's participation in the upcoming World Championships after Sports Minister Vijay Goel asked the national federation to honour the Kerala High Court directive. The AFI said it had written to the IAAF and the ball is now in the international federation's court. "We have formally written to IAAF to consider PU Chitra's entry as an Indian participation in women's 1500m race. It is now up to IAAF to accept the request or not," AFI secretary C K Valson said.

AFI's move came after Sports Minister Goel had earlier in the day advised the national federation to honour the Kerala High Court directive on Chitra to ensure her participation in the world meet.

The Kerala High Court, on Friday, directed the central government to ensure participation of Chitra in the World Athletics Championships in London next month.

"Shri Goel talked to AFI President Shri Adille Sumariwalla on the issue and advised him not to contest the directive given by the Kerala High Court as P U Chitra is otherwise a wild card entry for the World Championship," the sports ministry said in a statement.

Chitra, who recently won a gold medal in the women's 1500m event in the Asian Athletics Championships in Bhubaneshwar, filed the writ petition after she was excluded from the Indian squad by the federation.

In her plea, Chitra said her gold medal performance at the Asian Athletics Championships made her an automatic pick for the World Championships.

The court also observed that the selection process for the championship appears to be not transparent and qualified athletes were ignored.

The Asian Championships winners get an automatic berth for the World Championships but the global governing body IAAF's rules were clear that the national federation has within its powers not to send a continental event winner.

Interestingly, it is not clear what will happen in the cases of long distance runners Sudha Singh (women's 3000m steeplechase) and Ajay Kumar Saroj (men's 1500m) - both of whom have qualified for the World Championships by winning gold in the Asian Championships in Bhubaneswar.

Despite earning their spots, both the athletes have been dropped from the Indian squad. Unlike Chitra, the duo, however, did not take the legal route.

Sources, however, said that it will be difficult for the IAAF to grant a place to Chitra as deadline for the online entry of the athletes is already over.

"From our part, we can no longer access the password protected entry of the athletes as it has passed the deadline. We have to see what the IAAF does for only one country. I think it will be difficult for Chitra to get an entry," an athletics expert said.