Dutee Chand smashed her own national record in 100m dash to qualify for the semifinals. 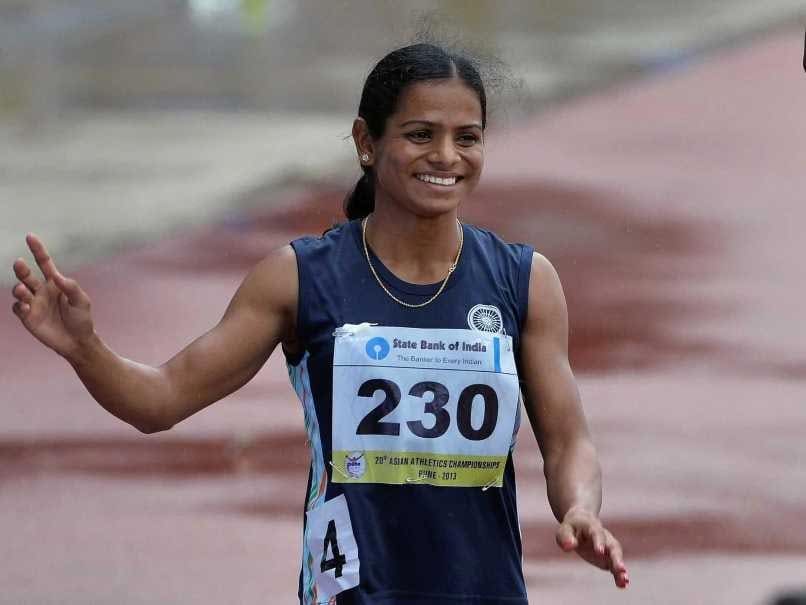 Javelin thrower Annu Rani and 5000m runner Parul Choudhary won a silver and a bronze respectively as India opened its medal account on the opening day of the Asian Athletics Championships in Doha on Sunday. On a day which saw sprint sensation Hima Das suffer a lower back spasm while runner her quarter-mile event, Dutee Chand smashed her own national record in 100m dash to qualify for the semifinals.

The 26-year-old Annu, who had won a bronze in the 2017 edition in Bhubaneswar, hurled the spear to a best distance of 60.22m to grab the silver. China's Lyu Huihui won the gold with an effort of 65.83m at the Khalifa Stadium.

Annu's performance was, however, more than 2m short of her national record shattering effort of 62.34m during the Federation Cup at Patiala last month which gave her a berth in the World Championships to be held at the same venue in September-October.

The other Indian in the fray, Sharmila Kumari finished seventh with a best throw of 54.48m.

The 24-year-old Parul gave India the second medal as she finished third in women's 5000m race, clocking a personal best of 15 minutes 36.03 seconds.

She bettered her earlier personal best of 15:58.35 which she had clocked during the Federation Cup last month.

The other Indian in the fray, Sanjivani Jadhav finished fourth with a time of 15:41.12.

Earlier in the morning session, 23-year-old Dutee clocked 11.28 seconds to set a national record while winning her heat in the women's 100m race. She has qualified for the semifinals.

Dutee bettered her earlier national record of 11.29 seconds which she set last year in Guwahati.

The Odisha runner, however, could not touch the 11.24 second qualification mark for the World Championships. The Indian contingent suffered a jolt as Hima failed to finish her 400m heat due to a lower back spasm.

The other Indian in the fray, M R Poovamma (52.46 seconds) finished second in her heat behind gold medal favourite Salwa Naser of Bahrain to qualify for the final round.

In women's 800m, Gomathi Marimuthu clocked 2:04.96 to finish second in her heat and qualify for the finals. The other Indian in the event, Twinkle Choudhary, could not qualify for the semifinals after finishing fourth in her heat with a timing of 2:07.00.

In men's triple jump, Chitravel finished ninth with a jump of 15.66m to qualify for the finals.