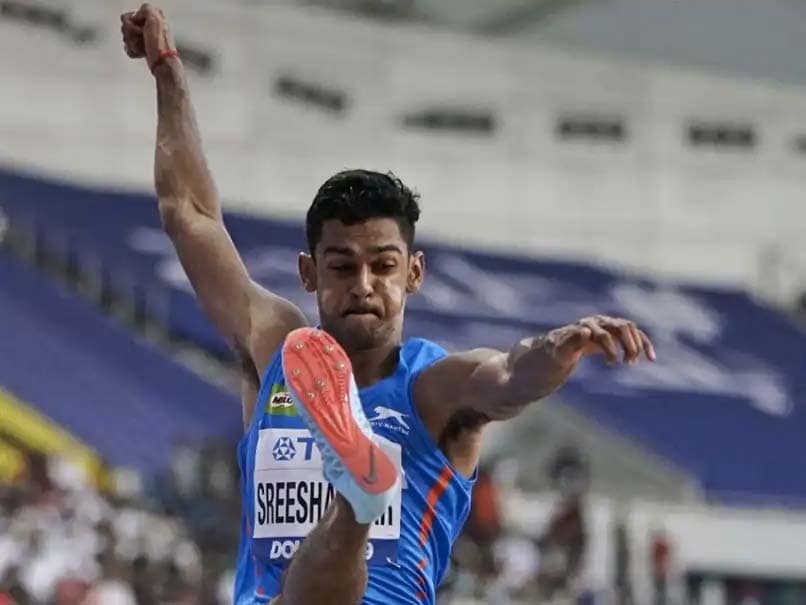 The Athletics Federation of India (AFI) on Monday said it has sacked long jumper M Sreeshankar's coach, his father S Murali, owing to the youngster's disappointing Tokyo Olympics performance. At the end of its two-day executive council meeting, the AFI also said a tournament similar to a national championship or a final trial will be held before the Olympics and the World Championships to select the teams for these events. After breaching the qualification mark with a national record jump of 8.26m in the Federation Cup in March, the 22-year-old Sreeshankar fared poorly at the fitness trials just before Tokyo Olympics, forcing a livid AFI to contemplate withdrawing him from the Games.

However, the AFI cleared Sreeshankar for the Games after his coach submitted a written assurance that his athlete would produce at least the qualification performance in Tokyo.

But that was not to be as he recorded his poorest jump at the Games.

"We are not happy with his coaching programme, first action is already being taken as we have changed his coach," AFI president Adille Sumariwalla said.

It is understood that the AFI's decision to introduce a "final" tournament before marquee global events such as the Olympics and World Championships is a fallout of the episode involving Sreeshankar and the national federation.

"The qualification period for the Olympics and world championships is a very long one. So there will now be a final trial, it will actually be a championship and that will be a final one for selecting the teams," said AFI's planning committee chairman Lalit K Bhanot.

This is being done to ensure athletes retain peak form before major events. The veteran administrator also said India will send a full-strength squad to next year's Asian Games but that may not be the case for the World Championships and the Commonwealth Games.

"Those who qualify will be sent to the world championship but we will send a full-strength team to Asian Games. As far as CWG is concerned, it will depend on the events we are expected to do well and where we don't stand a chance," he said.

Comments
Topics mentioned in this article
Athletics Olympics 2020
Get the latest updates on Fifa Worldcup 2022 and check out  Fifa World Cup Schedule, Stats and Live Cricket Score. Like us on Facebook or follow us on Twitter for more sports updates. You can also download the NDTV Cricket app for Android or iOS.