Two-time Olympics medallist Gurbux Singh praised India men's hockey team's performance in recently concluded Tokyo Olympics but said that the team have to start preparing for the next Olympics with an aim to do even better. 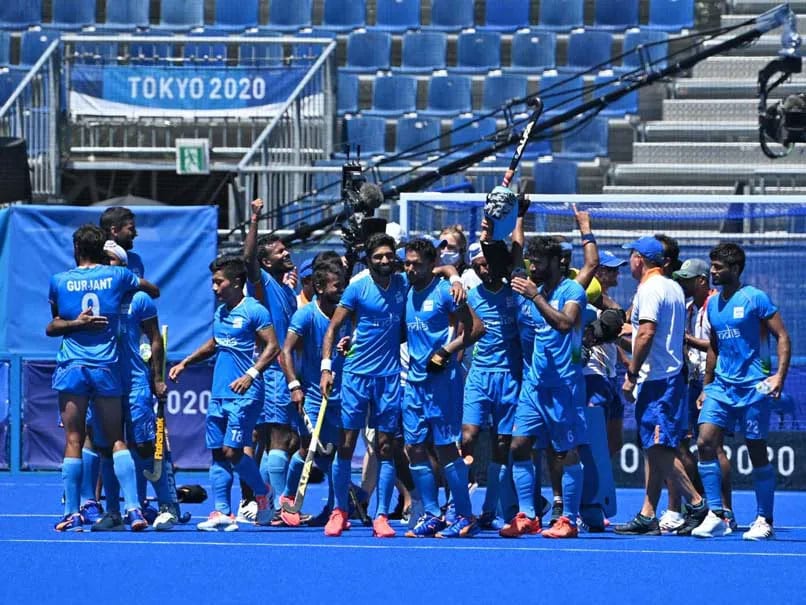 India were the bronze medallists in men's hockey at Tokyo Olympics.© AFP

The legendary two-time Olympic medallist Gurbux Singh has had one of the most illustrious careers in international hockey, having been an integral part of the Indian team that won the gold medal in the 1964 Tokyo Olympics. He followed up this feat by leading the team as the joint captain to a bronze medal in the 1968 Mexico Olympics. Appearing as a guest on Hockey Te Charcha -- a podcast series initiated by Hockey India -- Gurbux Singh shared his experience of playing an Olympic final against arch-rivals Pakistan in the 1964 Tokyo Olympics.

"We decided in a team meeting before the final not to play rough against Pakistan, but in case they make it a physical battle, we have to give it back to them. That is what actually happened as well. We dominated and had some chances early in the game, and we took a 1-0 lead. Pakistan had a lot of penalty corners towards the end, which resulted in a very tense finish. I kept looking at the match clock, and 20 seconds passing felt like 20 minutes at the time. We eventually held on to win 1-0, and it was a beautiful feeling to bring the Olympic Gold medal back to India," said Gurbux, in an official release issued by Hockey India.

Gurbux Singh spoke about his pride in the Indian men's hockey team for finishing on the podium at the 2020 Tokyo Olympics, but maintained that the team must soon shift their focus to the road ahead of them.

He said, "The team has made everyone proud and happy after winning an Olympic medal after a long gap of 41 years. They should enjoy this moment, but keep in mind that we cannot rest on our laurels now. Now that the team has found success, they will have a target on their back and other teams will look to push harder against India now. We have to start preparing for the next Olympics and aim to do even better. The team has to set targets one at a time, beginning with the Asian Games, then the FIH Men's World Cup, and the 2024 Paris Olympics."

Speaking about the performance of the Indian Women's Hockey team at the 2020 Tokyo Olympics, where the team finished fourth, Gurbux said, "I have followed their journey closely, and watched all their matches at the Olympics. They have performed beyond expectations, and should be very proud of their performance.

"Beating Australia 1-0, and then carrying that level of performance into the semi-final and bronze medal match is a great achievement. They have also tasted success, and now they must prioritise winning the Asian Games, which is not going to be an easy feat."

Comments
Topics mentioned in this article
India Olympics 2020 Hockey
Get the latest updates on Fifa Worldcup 2022 and check out  Fifa World Cup Schedule, Stats and Live Cricket Score. Like us on Facebook or follow us on Twitter for more sports updates. You can also download the NDTV Cricket app for Android or iOS.