Mary Kom skipped the Asiad to concentrate on winning a sixth world title on home soil in Delhi in November. 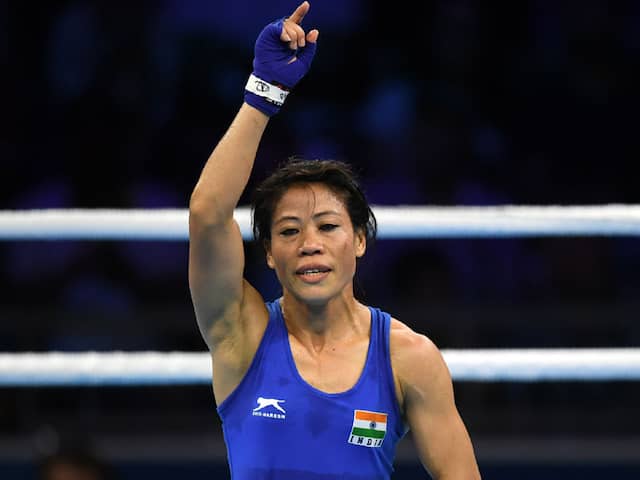 Huswatun Hasanah set the Asian Games boxing tournament alight on Tuesday, becoming the first Indonesian woman ever to reach the semi-finals as India's female fighters struggled without "Magnificent" Mary Kom. The 20-year-old Hasanah showed a touch of arrogance as she showboated in the second round and edged her lightweight quarter-final by split decision, 3-2, against India's Pavitra, who goes by just a single name. "I didn't think I could beat her, she is very experienced," Hasanah said of the 31-year-old Pavitra, who was in her first Asian Games and succeeding the controversial 2014 bronze medal winner Sarita Devi in the 60kg division. "My strategy was to box to my coach's instructions," she told reporters. "There were no difficulties and I could tell how she was boxing from the first round."

Indonesia's women's boxing team was only formed in 2006 and they have never won a medal at the Asian Games, until now. Hasanah's win means she is guaranteed a bronze even if she loses her semi-final against Thailand's Sudaporn Seesondee on Friday. But India's 2016 World Championships silver medallist Sonia Lather was disappointing in a unanimous points defeat to tough North Korean Jo Son Hwa in the women's featherweight (57kg) quarter-final. It left India licking their wounds without all-time great Kom, the flyweight (51kg) gold medallist from four years ago, and former world and Asian champion Sarita Devi who refused to accept the 2014 bronze in protest ago and was banned.

The five-times world champion Kom, the subject of the Bollywood biopic "Magnificent", has skipped the Asiad to concentrate on winning a sixth world title on home soil in Delhi in November. India have just one women's fighter left standing, Sarjubula Devi, who faces a quarter-final against China's Chang Yuan on Wednesday in the division in which Kom triumphed in Incheon.

When Hasanah's win was announced it sparked wild scenes of celebration at the Jakarta International Expo among the massive contingent of home supporters who had roared their delight every time the youngster landed a punch during the three-round contest. Hasanah thanked the fans and said they had been a huge boost. "They gave me the spirit (to win)," she told news agency AFP.

It made up for the crowd's disappointment earlier when two Indonesian men missed out on a medal after losing their quarter-finals. Highly fancied Aldoms Suguro lost a 4-1 flyweight (52kg) split decision to Uzbekistan's Jasurbek Latipov. And lightweight (60kg) Farrand Papendang was unanimously outpointed by Thailand's Rujakran Juntrong (5-0).

Comments
Topics mentioned in this article
Asian Games 2018 Mary Kom Boxing Other Sports
Get the latest Cricket news, check out the India cricket schedule, Cricket live score . Like us on Facebook or follow us on Twitter for more sports updates. You can also download the NDTV Cricket app for Android or iOS.