Dutee Chand on Sunday sealed the second spot in the women's 100 meter event at the Asian Games by finishing the race in 11.32 seconds. 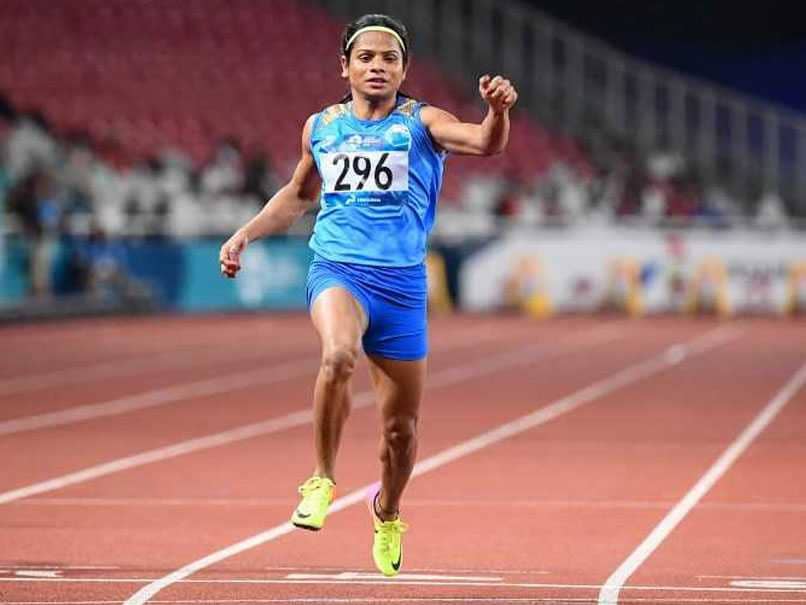 Odisha Chief Minister Naveen Patnaik on Monday announced a cash award of Rs 1.5 crore for sprinter Dutee Chand for winning the silver medal in the 100 meter event at 18th Asian Games in Indonesia. Dutee from Odisha had on Sunday sealed the second spot in the women's 100 meter event at the Asian Games by finishing the race in 11.32 seconds. She missed the gold medal by a mere 0.02 second. The Chief Minister congratulated Dutee, a hundred-meter sprint national record holder.

"It is a matter of pride that an athlete from Odisha has brought laurels to the country in this event after 20 years. In 1998 Asian Games, Odia Athlete Rachita Panda Mistri had won bronze medal," said a statement from the Chief Minister's Office(CMO).

"In recognition of her grit, determination and hard work, the Chief Minister has announced a cash award of Rs 1.5 crore to Dutee Chand," the statement said.

The state has a special focus on Athletics, considering the performance of its athletes in recent times and the huge potential among the talented youth, the statement said.

Odisha is all set to launch the much awaited high-performance Regional Athletics Academy at Kalinga Stadium in Bhubaneswar soon. It is a first of its kind at the state level.

Comments
Topics mentioned in this article
Asian Games 2018 Other Sports Athletics
Get the latest updates on India vs Australia Series, check out the India vs Australia Schedule for 2020-21 and Ind vs Aus live score . Like us on Facebook or follow us on Twitter for more sports updates. You can also download the NDTV Cricket app for Android or iOS.