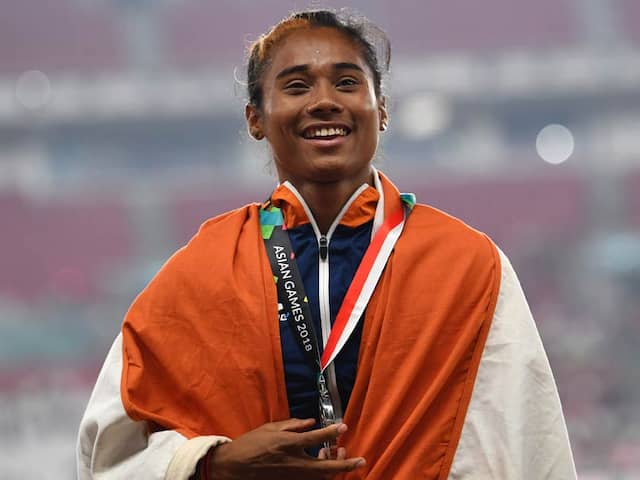 The Indian women's 4x400 metre relay quartet of Hima Das, M. Poovamma, Saritaben Gayakwad and V. Vismaya won a sensational gold while Jinson Johnson added another gold to India's Asian Games 2018 medal tally on Day 12 of the event when he won the men's 1500 metres with a fine tactical race. The men's 4x400 metre team also added a sliver to the medal tally while two more medals came from the track and field events as Seema Punia claimed bronze in the women's discus while Chitra Unnikrishnan ended with bronze in the women's 1500 metres. With these medals, India's medal tally went up to 59, with 13 gold, 21 silver and 25 bronze.

Swapna Barman held a slender 63-point lead over her Chinese rival Wang Qingling after the end of six events on Tuesday. All she had to do in the 800 metres, the last event, was to stay within 4 seconds of Wang's time. But Swapna beat Wang to the tape and sealed off the gold medal.

Arpinder Singh had a no jump off his first attempt but then set the ball rolling with a jump of 16.77 metres with his third attempt, which was good enough to get him the gold.

India had a fine outing on Day 10 Manjit Singh and Jinson Johnson had recorded a sensational 1-2 in the men's 800-metre. PV Sindhu won silver in the women's singles in badminton as Chinese Taipei's Tai Tzu Ying reiterated her dominance over the Indian.