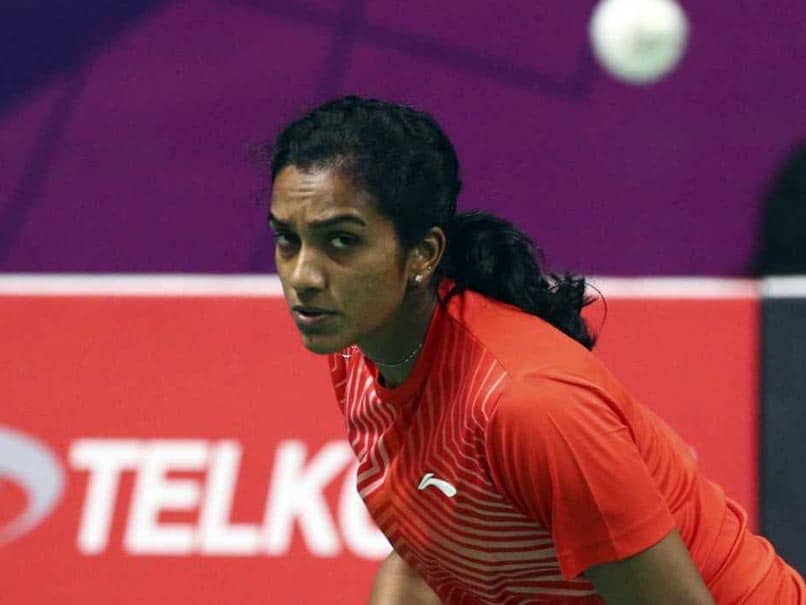 Despite her loss in the Asian Games final, PV Sindhu remained positive.© Reuters

PV Sindhu won a historic silver medal at the Asian Games 2018 to add to the bronze won by Saina Nehwal. Sindhu failed to break her 'finals' jinx at major badminton events as she went down to World No.1 Tai Tzu Ying of Chinese Taipei in the gold medal match. However, the Indian star remained positive and vowed to come back stronger in future tournaments. Sindhu said that mistakes were a stepping stone and the lessons learned in each defeat will eventually help in her quest for an elusive gold. Meanwhile, coach Pullela Gopichand was all praise for Sindhu and Saina's mentality and tenacity.

Sindhu has lost finals at the Olympics, Commonwealth Games and two world championships before her Asian Games loss to the top seed. The 23-year-old Sindhu has also played in five other finals this year without winning any of them.

"Mistakes, a stepping stone. We have to come back stronger. This is not the end. There are a lot of other matches and tournaments to prove yourself," Sindhu said in a media briefing that included Saina and Gopichand.

Both Saina and Sindhu lost to the top seed from Chinese Taipei. Like Sindhu, Saina, who too lost in straight games to Tai Tzu, chose to look at the positives and not dwell too much in the past.

"I was much faster at Asian Games than previous tournaments. I am just happy to come back with a medal and there a lot of positives to take out from my defeat to Tai Tzu Ying in the semis," said Saina.

While Gopichand rued close losses in men's doubles and mixed doubles matches, he was optimistic that India would return with a bigger haul of medals at the next Asian Games.

"We had quite a few close calls, like in the men's and mixed doubles matches, where more medals could have come. Happy to have come back with two medals but we could have done a lot better. Hopefully in four years' time, we will come back with the gold," said Gopichand.

"Both Saina and Sindhu are mentally very strong and they never give up," added Gopichand.

Comments
Topics mentioned in this article
PV Sindhu Saina Nehwal Asian Games 2018 Badminton
Get the latest updates on India vs Australia Series, check out the India vs Australia Schedule for 2020-21 and Ind vs Aus live score . Like us on Facebook or follow us on Twitter for more sports updates. You can also download the NDTV Cricket app for Android or iOS.