Lakshay-Shreyasi scored 16 points in the finals to be eliminated first with a disappointing performance. 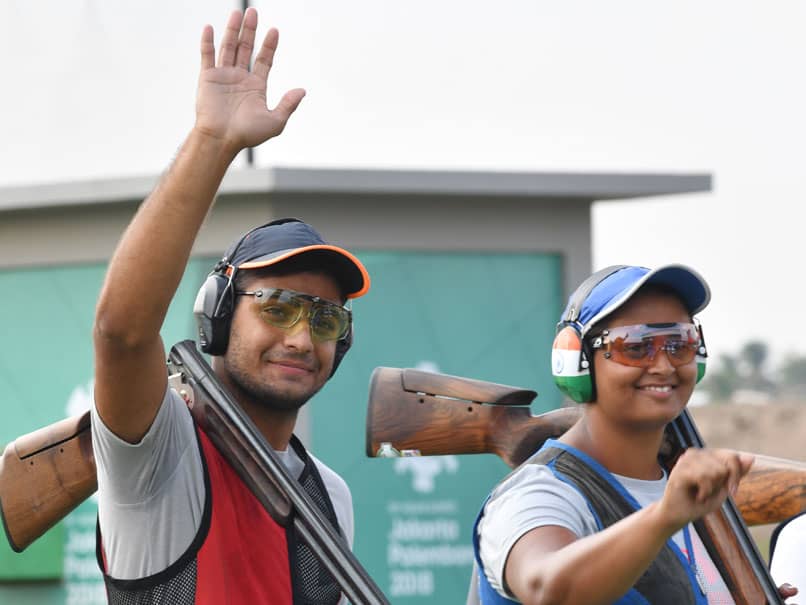 India's mixed trap shooting duo of Lakshay Sheoran and Shreyasi Singh finished sixth and last at the 18th Asian Games on Tuesday. Lakshay-Shreyasi scored 16 points in the finals to be eliminated first with a disappointing performance. Lebanon's Alain Moussa and Ray Bassil came up with an Asian record score of 43 to take the gold medal, while Chinese Taipei and China claimed the silver and bronze medals. Earlier during the qualification round, Lakshay and Shreyasi finished fifth with a total score of 142. Chinese Taipei and China scored 146 to finish first and second respectively, with both registering qualifying world record scores.

Lakshay on Monday got a silver medal in the singles trap event. Lakshay shot a total of 39 in final to finish second on podium at the JSC - Shooting Range. The other Indian in the event, Manavjit Singh Sandhu finished fourth in the final. He shot a total of 26 in final. Taipei's Kunpi Yang won the gold medal while equalling the Games record with 48, while Korea's Daemyeong Ahn bagged bronze after scoring 30 at the JSC Shooting Range. Daemyeong went out of the competition after 40 shots, getting 30 points, while till then Lakshay and Kunpi headed into the final 10-pointer round with 34 and 38 respectively.

However, it was likely that Kunpi would go on to win the gold medal having a four-point gap over the Indian. Kunpi, 20, didn't miss any shot as he charged his way to the title with a joint world record score, while Lakshay missed a shot in the 49th spot. The Indian missed the first stroke. But he made a strong comeback to hit 17 strokes in a row. But he fumbled in the 19th, 21st and 22nd shots to blow his chances.

Comments
Topics mentioned in this article
Asian Games 2018 Other Sports
Get the latest updates on India vs England Series, India vs England , live score and IPL 2021 Auction . Like us on Facebook or follow us on Twitter for more sports updates. You can also download the NDTV Cricket app for Android or iOS.