Deepak Kumar won the silver in men's 10m Air Rifle event to give India their third medal of the Asian Games 2018. 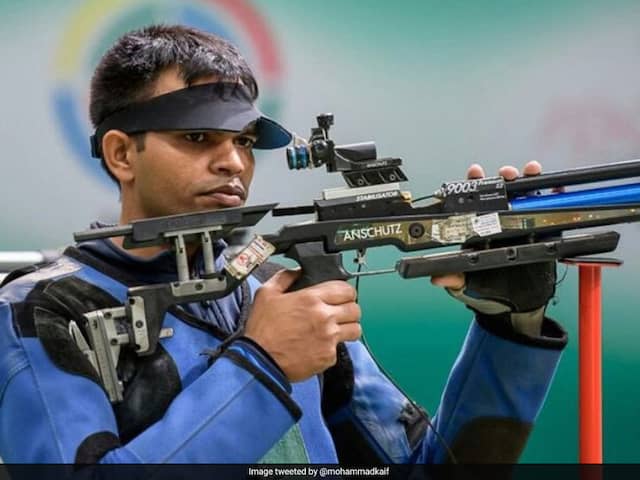 Deepak Kumar brought more glory for India from the shooting range on Monday by winning a silver medal in the men's 10m Air Rifle event at the Asian Games 2018 being held in Indonesian cities of Jakarta and Palembang. The team of Apurvi Chandela and Ravi Kumar had won bronze in 10m Air Rifle Mixed Team event on Day 1 but Deepak Kumar did one better, winning the silver with 247.7   points behind China's Haoran Yang, who won gold with a Games Record total of 249.1. Deepak's compatriot Ravi Kumar, who for the longest time was in third position, finished a commendable fourth.

Deepak Kumar was languishing in 5th spot for much of the event after making a fast start but recovered brilliantly towards the end to leapfrog two shooters in one series of shots.

Ravi Kumar was in bronze medal position after Stage 1 and the first two eliminations but was under pressure Soojoo Song of South Korea. However, a 10.3 and 10.6 before the 3rd elimination saw the South Korean leapfrog Ravi Kumar into third place -- all this while Deepak Kumar was playing catch-up in fifth place.

In the next series of shots, a 9.4 and 10.0 from Soojoo Song dropped him from 3rd to 5th. Deepak Kumar, meanwhile shot a 10.1 and 10.9 to overtake both Soojoo Song and Ravi Kumar to occupy third place. Ravi Kumar's 9.2 shot in the same series cost him dear, possibly the bronze or even the silver.

Deepak shot a 10.3 and 10.5 in the next series to hold on to his third place as Ravi Kumar was eliminated.

Deepak was .6 points behind Shaochuan Lu of Chinese Taipei, who held second spot, going into the penultimate series. The Indian produced a stunning 10.8 in his second shot of the second last series to leapfrog his Taipei opponent and take second place by the narrowest of margins.

Going into the final series, China's Haoran Yang held a comfortable lead and only a complete disaster would have been needed for Deepak to overhaul the Chinese but nothing of the sorts happened as Yang held on to win gold with a Games Record score with Deepak Kumar taking home the bronze.