Hero of India's match against Pakistan for the gold medal at Asian Games, goalkeeper P.R. Sreejesh said he was under no pressure because he knew there were only two possible outcomes - 'to become a hero or a zero'. 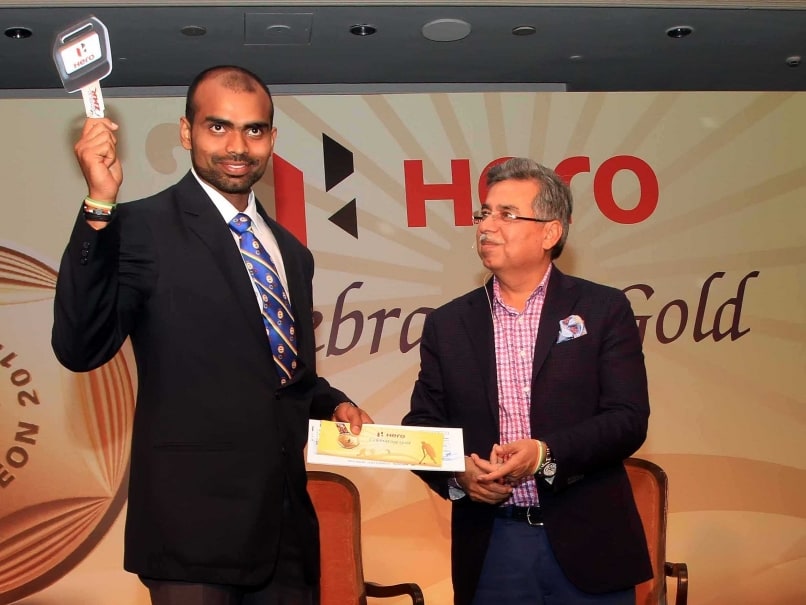 Goalkeeper P.R. Sreejesh, the hero of Indian men hockey team's gold winning performance in the Incheon Asian Games, Wednesday said watching the video of Pakistan's semi-final win over Malaysia via penalty shootout helped him in the final against the arch-rivals.

"Before the final, I watched the video clips of the Pakistan's victory in the semi-final against Malaysia as part of my preparation. That helped me a lot in understanding how our rival's strikers move and which angle they look to create goal during the shootout," Sreejesh said during the Hero Motocorp's felicitation ceremony of the hockey team.

"Also while practicing the penalty shootout before the final, I was successful in most of the attempts. So, I was confident about my game going into the shootout in the title clash," Sreejesh added.

The Indian vice-captain also said that he didn't think about the pressure in the final.

"During the shootout, I didn't think about the pressure. There was a sense of responsibility within me that time," he said.

Sreejesh hoped that the team continues to make progress in years to come.

"I believe it is a start of things to come. We need to sustain the good work that we have done in the past one year. We need to be more consistent with our game and we should make regular progress in order to be called a major force in the world," he said.

"We have two years left for the Rio Olympics and I believe that till then we must improve our game further. We know that it will take time for us to start beating teams like Australia, Holland and Germany," he said.

Comments
Topics mentioned in this article
India Asian Games 2014 Hockey
Get the latest updates on IPL Auction 2023 and check out  IPL 2023 and Live Cricket Score. Like us on Facebook or follow us on Twitter for more sports updates. You can also download the NDTV Cricket app for Android or iOS.