Four days before the 2014 Asian Games opening ceremony on September 19, India hockey captain Sardar Singh's grandfather had passed away but his family did not let the sad news reach him at Incheon, South Korea. 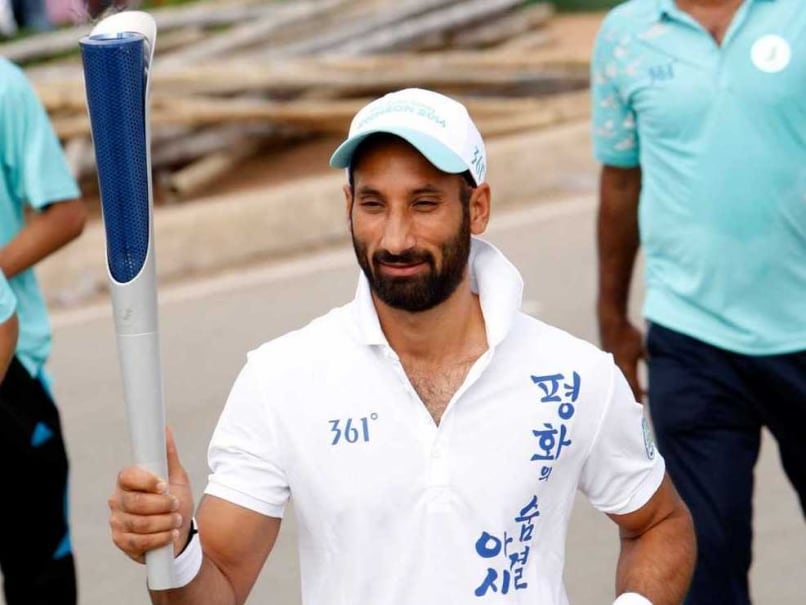 When Sardar Singh was leading the Indian contingent at the Incheon Asian Games opening ceremony as flag bearer, the hockey skipper had no idea that everyone in his family was watching him save one man -- his grandfather.

Four days before the opening ceremony on September 19, Sardar's grandfather had passed away but his family did not let the sad news reach him.

"They did not want me to get distracted. I was very close to Dada ji (grandfather) since my childhood. I even called my family from Incheon, telling them I will be the flag bearer, watch me on TV but they did not divulge it to me," Sardar said on the sidelines of a felicitation function for the Asian Games medal winners by the Indian government.

"It was only after the Games were over that I got to know about it. My dada ji had always encouraged me to play this sport with passion and he was keen to see us doing well," he said.

The Indian skipper said the team was now focused on preparing well for the upcoming Champions Trophy, scheduled in Bhubaneswar from December 6-14.

Sardar said it will be much a "tougher competition" with presence of teams like Australia. (Asian Games Gold One of the Biggest Moments in My Life: Sardar Singh)

"We still need to work on one versus two strategy, on penalty corner attack, defence," he said.

Talking about the historic gold medal feat in Incheon, where the India men's team became champion after a gap of 16 long years, the soft-spoken Sardar said the players have worked hard to overcome their shortcomings and it was a result of that process.

"For about 7-8 months, the players gave their sweat and blood in training camps with (coach) Terry Walsh. The young players specially worked very hard, a lot of credit to them for improvements in the showing," he said.

The captain also said that the team was rattled after losing to Pakistan in the group stage.

"We started slow. And that defeat against Pakistan woke us up. We put up some serious stuff after that. We won after 16 years and that too after defeating Pakistan, it could not have been better," he said.

Sardar said the team will reassemble for a training camp again in New Delhi in the next few days.

Comments
Topics mentioned in this article
India Asian Games 2014 Hockey
Get the latest updates on IPL Auction 2023 and check out  IPL 2023 and Live Cricket Score. Like us on Facebook or follow us on Twitter for more sports updates. You can also download the NDTV Cricket app for Android or iOS.