With Sunday's win, India are virtually through to quarterfinals in the women's football competition which began a week before the opening ceremony of the Asian Games. 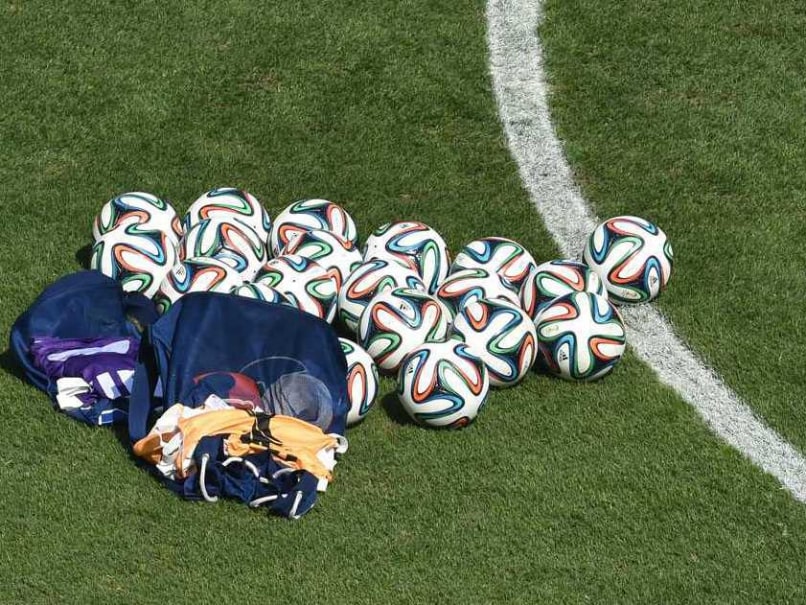 The Indian women's football team shrugged off some unsavoury incidents in the run-up to the Asian Games as they mauled Maldives 15-0 to open their campaign in style here on Sunday.

With Sunday's win, India are virtually through to quarterfinals in the women's football competition which began a week before the opening ceremony of the Asian Games.

India next play hosts South Korea on September 17 before taking on Thailand on September 19 in their last group match. Three teams from the four-team Group A will qualify for the quarterfinals.

The Maldives side is yet to register even a single shot on Indian goal.

The Indian women, who led 9-0 at the interval, seized the initiative right from the kick-off and they dominated the proceedings all through the match. The flurry of passes, the slowing down of the game at will, the sudden bursts of speed and the quick interchanging proved too much for the Maldives women as they surrendered meekly.

It was as early as the fifth minute when India opened their account through Sasmita off a pass from Bembem, who by the end of the match was the architect of almost all the goals.

Bembem picked out Sasmita on top of the rival box before the fleet-footed left winger turned her marker to smash a powerful shot low to the keeper's right.

Midfielder Kamala doubled the tally for the blue shirts 12 minutes later with a fine strike from inside the area after combining well with Bembem.

In-form striker Bala further took the game away from their lacklustre counterparts in the very next minute, placing the ball onto the roof of the net from a Tuli Goon cross from the right.

Three minutes later, Sasmita got her second goal, this time scoring off the rebound after Prameshwori Devi had forced the keeper to a diving save.

Nothing was working for Maldives as Kamala heaped more misery on them in the 23rd minute, turning well to beat her marker and firing a low shot off another Bembem pass.

Sasmita notched up her hat-trick in the 26th minute and by the half hour mark Kamala did the same. By the time it was halftime, Bala was at the double and Kamala had scored her fourth as India went into the break leading by nine goals.

Ashalata joined the fun after the break with Bembem deservingly netting one too as India gave the scorers at the ground a harrowing time.

Kamala scored her fifth in the 66th minute, Bembem again turning provider to tee up her state mate.

Sasmita crowned her superlative showing with a dipping free kick in the 80th minute from 25 yards. She was not done yet, turning in her fifth seven minutes on. Prameshwori completed the rout in added time.

Comments
Topics mentioned in this article
Football Asian Games 2014
Get the latest updates on IPL Auction 2023 and check out  IPL 2023 and Live Cricket Score. Like us on Facebook or follow us on Twitter for more sports updates. You can also download the NDTV Cricket app for Android or iOS.