India won 57 medals, including 11 golds, at the 17th edition of the Asian Games in the South Korean city. 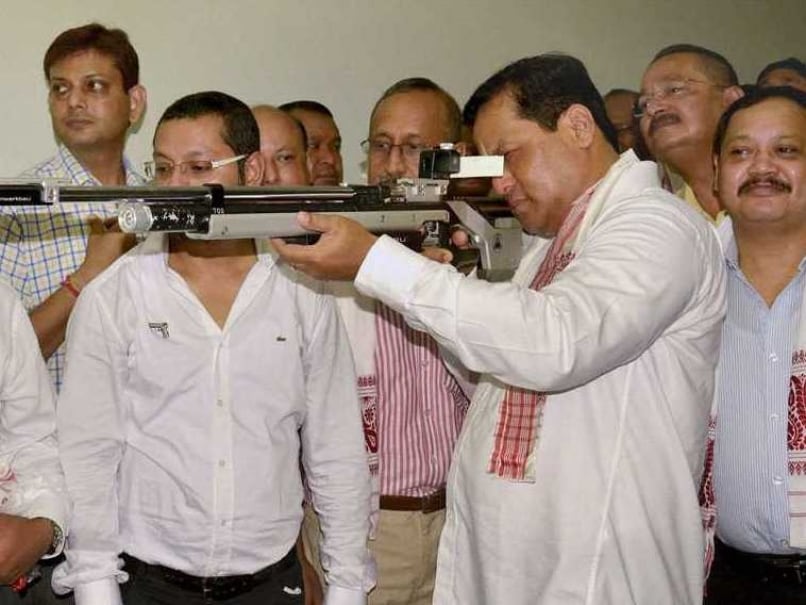 Terming the performance of Indian athletes at the Incheon Asian Games as "inspiring", the government of India on Monday felicitated the medal winners at a ceremony here and gave them cash awards.

India won 57 medals, including 11 golds, at the 17th edition of the Games in the South Korean city.

The gold medal winners were given cheques of Rs 20 lakh each while the silver and bronze medallists got Rs 10 and six lakh each respectively.

"The achievements of our sports persons are inspiring, considering the high level of competition. Those who have won gold should strive to retain that and look forward to Rio Olympics (in 2016)," Sports Minister Sarbananda Sonowal said in his address.

"Those, who have won silver and bronze should also look forward Rio and all upcoming competitions," he added.

Sonowal was effusive in his praise for the Indian men's hockey gold after a gap of 16 years.

"The gold in hockey has breathed a fresh life in sport. The entire country salutes you," he said.

The hockey players got Rs 10 lakh each since the gold medal came in a team event.

Sonowal promised more support to the athletes for their future training and added that Prime Minister Narendra Modi was taking a keen interest in development of sports in the country.

He also said the government will select 150 elite athletes for special training keeping in mind medals at the Rio Games.

Tennis star Sania Mirza, who won a gold in mixed doubles with Saketh Myneni and a bronze in women's doubles with Prarthana Thombare, was the first athlete asked to addressed the huge gathering.

"It's a lot of hard work not winning the medals but also to reach there (to compete). Being an athlete it is a dream of holding the flag and that national anthem is played (at Games). It's a privilege to have achieved that," Sania said.