Seema Punia won gold in the women's discus throw at the Incheon Asian Games with a personal best of 61.03 metres. 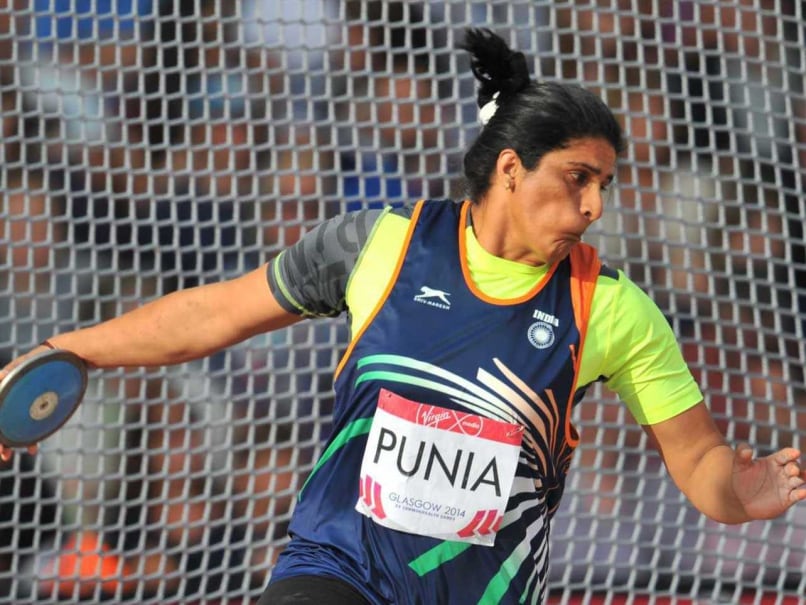 Asian Games gold medallist discus thrower Seema Punia Antil said Monday that lack of funds is proving to be a hindrance to her dream of winning a 2016 Rio Olympics medal for the country.

"I am ready to give my best to realise my dream of winning gold for the country. But lack of funds is a big obstacle to achieving my target. You need to invest Rs.4 crore if one is to win a medal but it is difficult to accumulate such a huge sum of money," Seema said on the sidelines of a felicitation programme for the 2014 Asian Games medal winners organised by Samsung here.

Seema claimed gold at Incheon with a personal best throw of 61.03 metres.

"To win gold at Rio, we have to prepare step-by-step. I won silver at Glasgow Commonwealth Games, gold in Asian Games at Incheon. My next step is the 2015 World Championships in Beijing and then 2016 Rio Olympics," the 31-year-old said.

"I trained in the US under coach Tony Ciarelli for the Asiad. I have an offer of undergoing training under former German discus thrower and coach Lars Riedel. But I can't afford his training because of paucity of money," the Haryana athlete said.

Seema said the doping controversy in which she got involved strengthened her resolve.

She had tested positive for a banned substance Stanozolol prior to the 2006 Asian Games but was cleared to participate by the Athletics Federation of India (AFI).

She, however, pulled out of the squad but couldn't prevent attracting considerable negative attention.

"I was only supported by Lalit Bhanot (secretary general of the 2010 Delhi Commonwealth Games organising committee) during my doping controversy. I thought of quitting after marriage because money crunch always comes in my way of preparing for big events," she said.

"My husband (Ankush Punia, her coach and former Indian discus thrower) and family supported me to accumulate funds for the Asian Games preparation. Sports Authority of India (SAI) gave us an opportunity to train abroad for two months. And the result is there for everyone to see.