After falling in the first round of the men's doubles and men's singles competitions in Incheon, teenagers Iqbal Ahmad Shekib and Meri Sayed Emran will be watching the rest of the tournament from the sidelines. 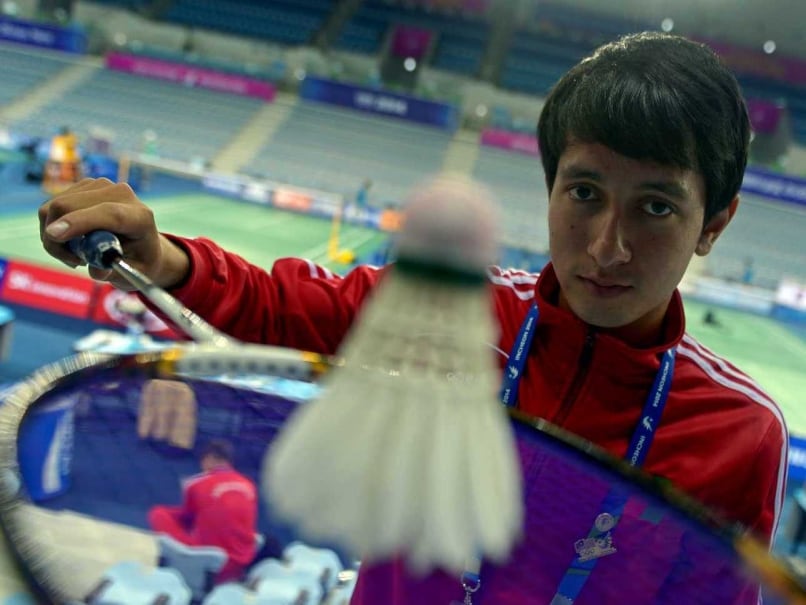 Lessons from YouTube, plastic shuttlecocks and financial support of only $20 a month -- preparations have been far from perfect for Afghanistan's badminton players at the Asian Games. (Day 8 Blog | Tally | Schedule)

After falling in the first round of the men's doubles and men's singles competitions in Incheon, teenagers Iqbal Ahmad Shekib and Meri Sayed Emran will be watching the rest of the tournament from the sidelines. (Indian Women's Squash Team Settles for Silver).

But 19-year-old engineering student Shekib left the court exhilarated after his match with Commonwealth champion India's Parupalli Kashyap, even though he lost 21-6, 21-6 in just 17 minutes. (Shooter Chain Singh claims bronze)

"It's my first time at the Asian Games and it's the biggest event I've ever played in," he told AFP. "I lost but I'm happy with my performance. It was only my second ever international match and I tried my best.

"By coming here we get experience, seeing professional opponents and how they play."

Shekib is meeting his heroes in Incheon, and his Facebook page shows him proudly posing with Malaysian world number one Lee Chong Wei.

But with a ranking of 1,647th, things are tough at Shekib's end of the badminton spectrum.

The teenager, who lives in the Afghan capital Kabul, says he receives just US$20 a month national funding and has to combine training with his studies.

Kit and racquets all come out of his own pocket with his parents, who are both teachers, chipping in to help. But some of the basics are hard to find.

"My brother is in India and he sent over racquets because you can't get them in Afghanistan.

"Because our economy is not so high, there is also nowhere to buy professional (feather) shuttles. We have plastic ones and there's only one shop that sells them," said Shekib.

Training is also low-fi, with the players following lessons they find online.

"Our coach helps us and practises with us but he has only ever played in Afghanistan and not as a professional," says Shekib.

Shekib's only other tournament outside Afghanistan was at the Iran Fajr International Challenge in February, where he and Emran, 18, won a doubles match against Azerbaijan.

Shekib says he wants a professional coach from Malaysia or Indonesia to help Afghanistan's team of between 10 and 20 players.

He adds that a lack of courts is also a problem. Shekib was only inspired to take up badminton because he had access to the private courts at his father's polytechnic.

"I used to watch it at the polytechnic -- I was about 12 years old. I liked the shuttles, the racquets and I thought: 'I want to play this.'"

Although fresh-faced Shekib might be down the badminton pecking order, he is determined to look the part.

He had his name printed on his shirt at a local shop before the Games, as new rules require, and has also invested in a black-and-white strip and racquet bag.

"When you see players have lots of things you don't have, you get a bit nervous and think: 'Why don't I have that?' he said. "So it makes me feel better (to have everything)."

Shekib played his first national tournament three years ago after being spotted as a junior, and he hopes to continue in the game when he starts working after graduation.

"I want to improve badminton in Afghanistan. It's becoming more popular because there have been documentaries about it on TV -- it used to be older people playing, but now it's kids."

Shekib also hopes that the announcement of results in the disputed Afghan election will have a positive impact by releasing frozen government funds.

"Everyone was waiting for it. We're very happy it's been announced and I hope that it will be good for sport," he said.

Comments
Topics mentioned in this article
Badminton Asian Games 2014
Get the latest updates on ICC Women's Cricket World Cup 2022 and IPL 2022, check out the Schedule , Live Score and IPL Points Table. Like us on Facebook or follow us on Twitter for more sports updates. You can also download the NDTV Cricket app for Android or iOS.