Asian Games: I can be the next Michael Phelps, says Japan's Kosuke Hagino

Twenty-year-old Japanese swimmer Kosuke Hagino, who beat American great Michael Phelps in the 200m medley at last month's Pan Pacific championships, said his surprise freestyle gold at the Asian Games could elevate him to the next level. 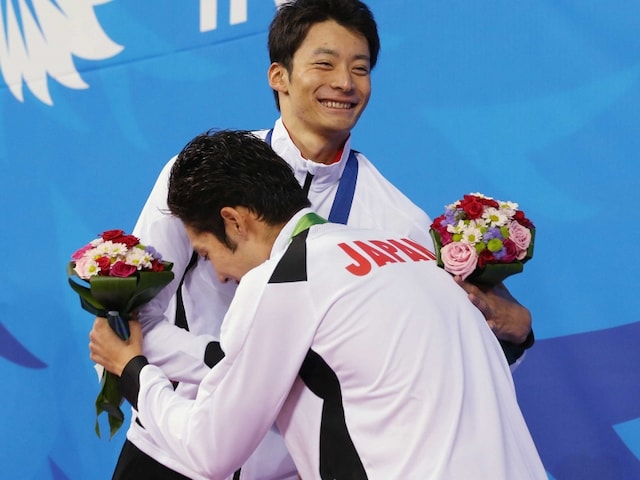 Hagino (top) is the next big thing in international swimming.© AP
Incheon:

The 20-year-old, who beat American great Phelps in the 200m medley at last month's Pan Pacific championships, said his surprise freestyle gold could elevate him to the next level.

"I didn't think I could win tonight," Hagino told reporters. "Sun and Park are on a different level and it's an incredible feeling to beat them. It will give me so much more confidence when I race them again in international competitions."

All the hype had been about the superstar rivals but Hagino, taking on six individual events in Incheon, played the role of gatecrasher to perfection, letting them punch themselves out before producing a lightning finish to win by a whisker.

"I tried to hang on and stay with them. I didn't even realise I had won it was so close but to win is huge. I had goosebumps."

Hagino has emerged as the new figurehead of Japanese swimming following on from namesake Kosuke Kitajima, who completed a 100 and 200m breaststroke double at the 2004 and 2008 Olympics to spark a swimming boom in the country.

Hagino has already drawn comparisons with Phelps for his versatility and he insisted that Sunday's remarkable triumph could provide the impetus for him to go on and win major titles on a consistent basis.

"Michael Phelps is my role model and I'm trying to become like him," said Hagino, who took silver in the 200 and 400 freestyle -- the latter behind Park -- at the Pan Pacific meet on top of his medley double.

"I want to catch up with Phelps someday. But I have to put up the results and this is a big step. First I will try to win as many medals as I can at these Games."