Amateur International Boxing Association has backed its decision to remove headgears from bouts although some international stars like Vijender Singh continue to demand protective measures. 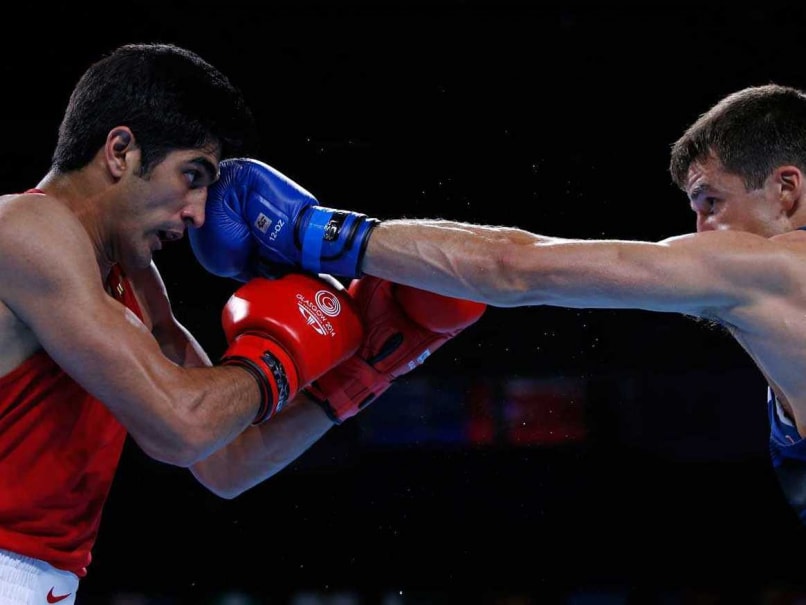 The boxers are divided on whether headguards should be reintroduced but the International Boxing Association today said abolishing them has helped immensely in reducing cases of concussion with the recent Asian Games recording no instance of trauma injuries.

"It was another major Elite Men's Competition during which AIBA evaluated all bouts closely in order to check concussion rates without headguards. However, in Incheon there were only two TKOs, and at the post medical tests, both of those boxers did not show any signs of concussion," the AIBA said in a statement after its assessment of the event held in Incheon, Korea.

"This result demonstrates that concussion should not be an issue for the sport of boxing if Elite Men's Competitions are held without headguards in. Nevertheless, now that the Asian Games are over, AIBA also plans to adopt a new system to continue to closely monitor all bouts to ensure any possible concussions will be observed," it added.

Some boxers, including Britain's Olympic silver-medallist Amir Khan, have openly advocated for the reintroduction of headguards for overall protection of the boxers. Even top Indian boxer Vijender Singh feels that the risk of injuries has increased due to the abolishment of headguards.

However, AIBA said the stats show a reduction in injuries now. "...to prevent any cuts, AIBA has adopted very strict rules against any boxer who might have the habit of using his head and elbow as a tactic to conduct aggressive competition and to win matches. As a result the rate of cuts has substantially decreased to less than three per cent," it said.

"AIBA believes cuts are not a major concern as they will naturally go away at the higher level of boxing competitions as time goes by, due to the fact that the boxers, coaches and referees will know how to conduct the bouts avoiding cuts," he added.

Comments
Topics mentioned in this article
Boxing Vijender Singh Asian Games 2014
Get the latest updates on IPL Auction 2023 and check out  IPL 2023 and Live Cricket Score. Like us on Facebook or follow us on Twitter for more sports updates. You can also download the NDTV Cricket app for Android or iOS.