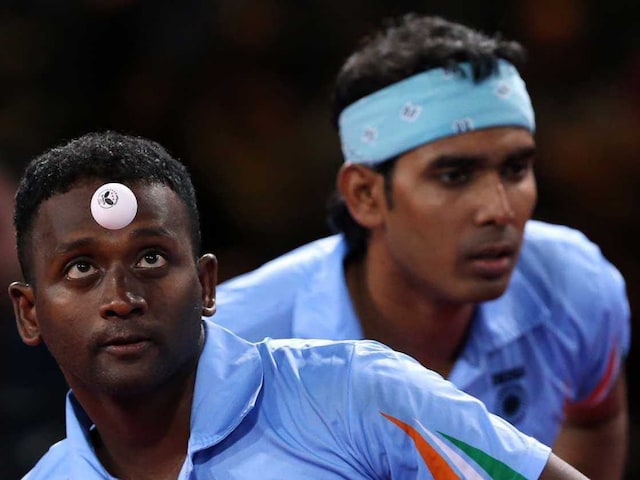 Sluggish to begin with, the Indian team was stretched and had to work hard before taking the first game 12-10. (Also Read: Sharath Kamal Knocked Out of Mixed Doubles)

The Indian team played with much more discipline and confidence in the next two games. (Read: Ankita Das Through to Table Tennis Round 2)

They got into a fine rhythm and wrapped up the next two games 11-3, 11-6 in three and five minutes, respectively to progress through to the next round.

The Indian pair will take on Japan's Seiya Kishikawa and Ai Fukuhara in the next round on Tuesday.